Angela Rye calls for all Washington, Jefferson & Lee monuments to be taken down 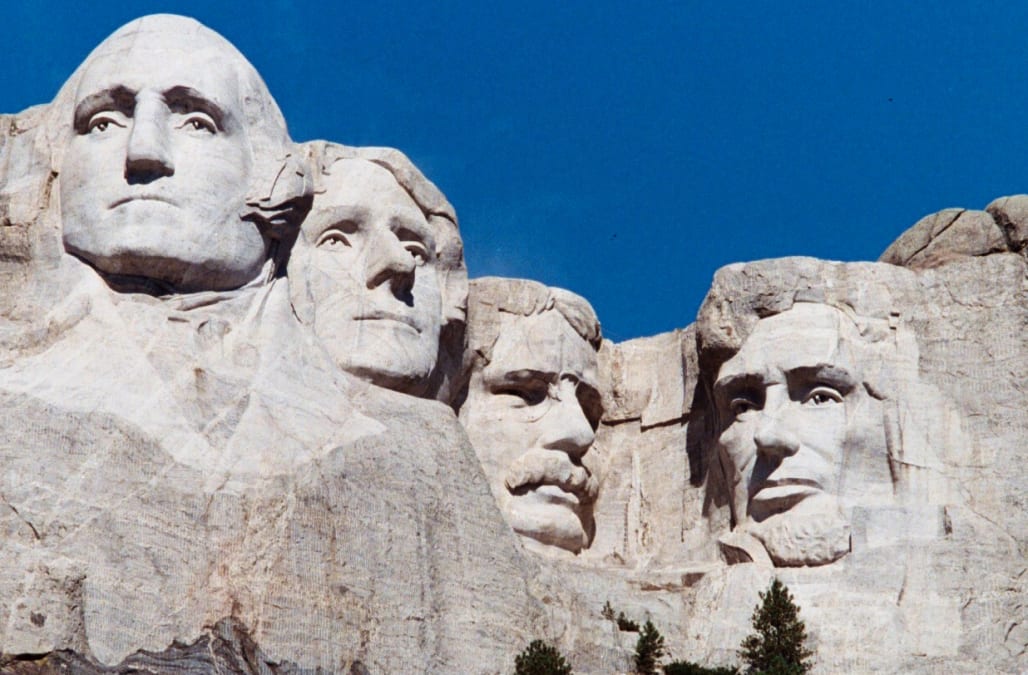 Rye, a former executive of the Congressional Black Caucus, said there is a "problem" with how people are taught American history in school, further explaining that they only learn about the "glories" of the country's past and not about darker issues such as racism.

RELATED: Confederate monuments that still remain across the country

Confederate monuments that still remain across the country
A bronze statue, titled the Confederate SoldieR is viewed in downtown Alexandria, Virginia, on August 14, 2017. He stands in the middle of the street, his back to the nation's capital as he gazes southwards towards the bloody battlefields of the Civil War. Erected nearly 130 years ago, the bronze statue of an unarmed Confederate soldier sits at a busy intersection in Alexandria, Virginia, just across the Potomac River from Washington,DC.The Alexandria statue, known as 'Appomattox,' is one of hundreds of similar monuments across the American South honoring the Confederate dead.Debate over what to do with these controversial symbols of the Confederacy has been simmering for years and is likely to intensify after boiling over into bloodshed at the weekend. / AFP PHOTO / Paul J. Richards / TO GO WITH AFP STORY BY CHRIS LEFKOW- 'Pressure builds to remove Confederate statues following clashes over plans to pull down a monument to rebel commander Robert E. Lee in a Virginia city' (Photo credit should read PAUL J. RICHARDS/AFP/Getty Images)
A monument to former U.S. Vice President and Confederate General John Cabell Breckinridge stands outside the Old Courthouse in Lexington, Ky., U.S., August 15, 2017. REUTERS/Bryan Woolston
NEW ORLEANS, LA - MAY 04: A view of the Jefferson Davis monument on May 4, 2017 in New Orleans, Loiusiana. The Louisiana House committee on Municipal, Parochial and Cultural Affairs voted Wednesday to advance House Bill 71 that would forbid the removal of Confederate monuments in Louisiana as the City Council in New Orleans tries to move three statues of Confederate luminaries from public spaces and into museums. Protests that have at times turned violent have erupted at the site of the Jefferson Davis Monument after the Battle at Liberty Place monument was taken down in the middle of the night on April 24. (Photo by Justin Sullivan/Getty Images)
A general view of the Confederate monument in Forsyth Park, Savannah, Georgia - completed in 1879 the monument is dedicated to those who fought for the Confederacy during the American Civil War. (Photo by Epics/Getty Images)
NEW ORLEANS, USA - MAY 7, 2017: A person in opposition to the removal of monuments to the Confederacy holds confederate flags against the Robert E. Lee statue in New Orleans, Louisiana. (Photo by Annie Flanagan for The Washington Post via Getty Images)
NASHVILLE - DECEMBER 31: Belle Kinney's Confederate Women's Monument in War Memorial Plaza on December 31, 2015 in Nashville, Tennessee. (Photo By Raymond Boyd/Getty Images)
Farmville, VA - January 12 : A confederate monument stands across the street from Ruffner Hall at Longwood University. University President, W. Taylor Reveley IV is fond of saying the civil war ended at one end of Longwood's campus, and the modern civil rights era begin at the other end of campus. (Photo by Norm Shafer/ For The Washington Post via Getty Images).
A memorial to Confederate soldiers stands on the banks of the Ohio River in Brandenburg, Kentucky, U.S. May 29, 2017. The memorial was recently removed from the campus of the University of Louisville. REUTERS/Bryan Woolston
A monument of Robert E. Lee, who was a general in the Confederate Army, is removed in New Orleans, Louisiana, U.S., May 19, 2017. REUTERS/Jonathan Bachman
Up Next

"George Washington was a slave owner. Whether we think they were protecting American freedom or not, he wasn't protecting my freedom," Rye said on CNN.

"My ancestors weren't deemed human beings to him. [The monuments] all need to come down," she said, calling out all three Virginians.

"This country was built on a very violent past that resulted in the death and the raping and the killing of my ancestors. I'm not going to allow us to say it's okay for Robert E. Lee but not a George Washington. We need to call it what it is," she said.

Rye's comments arrived as a national debate flared anew on whether or not Confederate statues and monuments should be removed across the country.

President Trump also weighed in on the matter Thursday.

"Sad to see the history and culture of our great country being ripped apart with the removal of our beautiful statues and monuments," Trump tweeted. "You can't change history, but you can learn from it. Robert E Lee, Stonewall Jackson – who's next, Washington, Jefferson? So foolish!"

Sad to see the history and culture of our great country being ripped apart with the removal of our beautiful statues and monuments. You.....

...can't change history, but you can learn from it. Robert E Lee, Stonewall Jackson - who's next, Washington, Jefferson? So foolish! Also...