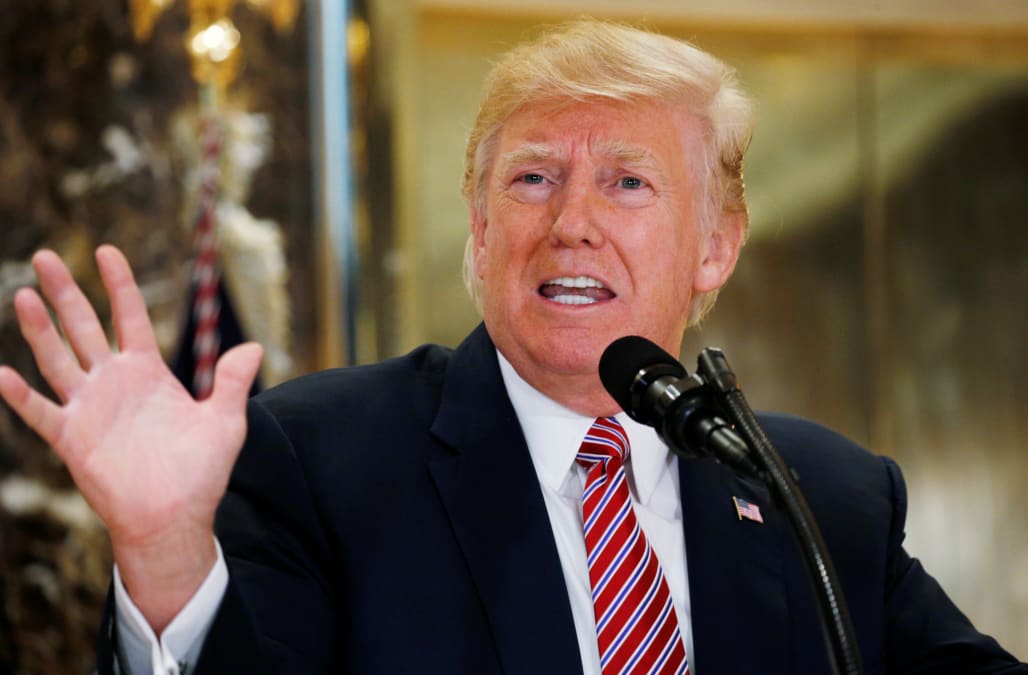 Morale seems to be low in the White House following President Donald Trump's decision to veer off-script at an informal press conference in New York on Tuesday.

After being criticized for his delayed condemnation of white supremacists who gathered in Charlottesville, Virginia this weekend, Trump on Tuesday defended the protesters, saying "not all of those people" were neo-Nazis.

Numerous reports have emerged depicting a despondent White House, as many top advisers said they have expressed frustration with Trump's continued meltdowns.

The New York Times reported that Trump's top advisers were "stunned, despondent and numb," and some were "unable to see how Mr. Trump's presidency would recover," and "expressed doubts about his capacity to do the job."

White House advisers Ivanka Trump and Jared Kushner, the president's daughter and son-in-law, both reportedly urged Trump to stop talking about the incident.

National Economic Council director Gary Cohn, who is Jewish, was also said to be offended by the president's reaction to the violence in Charlottesville, while new chief of staff John Kelly also was disappointed by the president's attempt to create equivalence between the neo-Nazis and counterprotesters.

Treasury Secretary Steve Mnuchin, who stood next to Trump during his Trump Tower press conference on Tuesday, reportedly told staffers at a meeting the next day that he doesn't share the president's stance on neo-Nazis, according to Bloomberg. The main issue discussed during the routine staff meeting was reportedly Trump's controversial comments.

A White House adviser told Politico that while the majority of staffers called on the president to offer an unequivocal denunciation of neo-Nazis, in some ways Trump would "rather have people calling him racist than say he backed down the minute he was wrong" and that the comments may "turn into the biggest mess of his presidency because he is stubborn and doesn't realize how bad this is getting."

Advisers worry that the remarks may damage any attempt for Trump to spearhead a legislative agenda as Congress returns this fall. Congress needs to raise the debt ceiling by September 29 to keep the US from defaulting on its debt, and Republicans are hoping to pass a budget and tax reform before the end of the year.

But while many White House employees have been disappointed by the president's remarks, Trump himself reportedly hasn't regretted his statements.

According to the Times, Trump said he felt "liberated by his news conference," citing his comments as a "retort to the political establishment that he sees as trying to tame his impulses."

SEE ALSO: The hosts of Fox News' newest major show have been slamming Trump all week