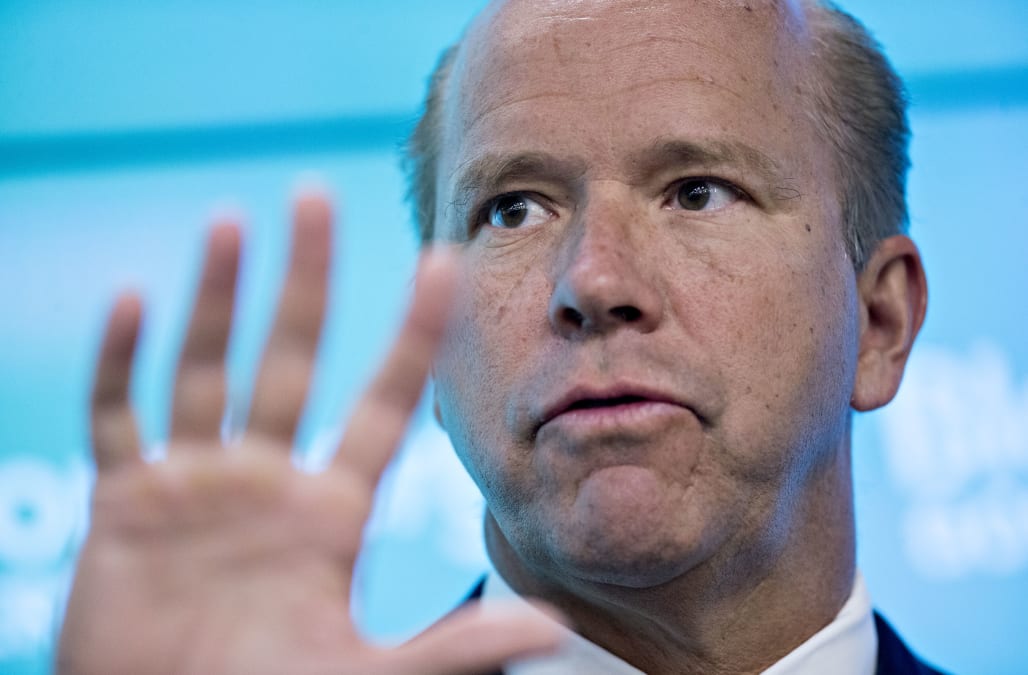 The star power on the Democratic side of the 2020 presidential election is expected to be very high. National party leaders like former Vice President Joe Biden have teased a potential presidential run in 2020, and Democratic heavyweights like Sens. Bernie Sanders, Cory Booker, and Kamala Harris are all also considering potential bids.

Still, Rep. John Delaney said he's working on a plan to beat them all and capture the Democratic nomination.

"By the time that the Democratic primary comes around in 2020, we're going to have a Democratic primary voter that is open-minded and wants to do what's best for their party and most importantly their country," Delaney said in an interview with Business Insider this week.

"As someone who is going to talk a lot about civility and bipartisanship in government, and how we need to bring ourselves together so we can actually get things done to help the American people, my view is that that's going to be a conversation the American people and Democratic primary voter wants to have."

In late July, Delaney surprised Democrats by not only announcing his candidacy for president more than two and a half years before the beginning of the 2020 Iowa caucuses, but announcing that he was running at all.

Related: Democrats who may challenge Trump:

Delaney said he decided several months ago that he would run on a pledge to seek bipartisan compromise on a key issue set: Revamping the economy through better education and job training, expanding benefits, and combatting climate change through market forces.

He told Business Insider that once he settled on running, he saw that the early announcement was "an asset, not a liability" in order to introduce himself to voters, better understand what they're doing, and raise the resources to stay in the primaries through the first several states.

"I also have never liked the cat-and-mouse games that some politicians play about running: Running, not running, running, when everyone knows they're running," Delaney said. "So my view is — I came to the decision to do it. I'd like to spend a lot of time working to achieve it, and I felt that was the right thing to do to achieve that."

The three-term Maryland congressman is rightly concerned about resources — raising money is one of several obstacles Delaney faces without any other candidates in the race.

He lacks name recognition, is not a member of House leadership and has stewarded few pieces of major legislation during his time in Congress. He's never raised money on the scale of any major Democratic politicians, and is largely unfamiliar to many of the Democratic fundraising power base.

What's more, Delaney isn't attempting to galvanize the anger in the party, hoping to push it to the left, and he doesn't have the institutional support of those hoping to continue President Barack Obama's legacy or pick up where Hillary Clinton left off.

After months of intraparty debates over whether Democrats have moved far enough to the left, the first Democratic 2020 candidate is a millionaire pro-business, tough-on-crime former banker who has campaigned on reforming entitlements and raising capital gains taxes, but craves bipartisanship compromise, even if that means occasionally leaving progressives unsatisfied.

"I think we're having entirely the wrong conversation," Delaney said. "If you go outside federal politics and outside the beltway, if you will, and talk to people about what's really going on in the world about how technology, automation, and global connections are fundamentally changing work, jobs, risk, resources allocation, etc. There's almost no conversation about that at the federal government."

Delaney points out he's beat the odds before, and thinks there's an opening for a Democrat who is unabashedly bipartisan and open to compromise.

The former banker — whose most notable act in Congress was crafting an infrastructure bill that floundered in the House, but would've leveraged private investment for transportation and other infrastructure — claims he has progressive "instincts," but says his approach to achieving political goals through bipartisan compromise makes him a "moderate or centrist." He sees criminal justice reform as an issue that can be majorly alleviated by creating more economic opportunities for underserved communities, but he hasn't been shy about his criticism of those who disparage law enforcement.

The son of an electrician who grew up in a union household, Delaney proudly embraces his pro-business bona-fides, saying "market forces really work," and he said he wants to create a more "just and inclusive form of capitalism."

"Whenever I can find a solution that involves a market-oriented mechanism, I think that's the right answer, because I think that market forces are the drivers of change and innovation," he said. "So if you want to deal with climate change, for example, do it with a private solution. So if you want to do more with communities, increase impact investing and pay for success."

It's clear that the congressman's policy platform is a work-in-progress, which he says is intentional and hopes to achieve by talking to voters over the next year and a half until he begins his campaign in earnest after the 2018 midterm elections.

The Maryland congressman still is hesitant to wade into the intraparty debates that have absorbed much of the Democratic Party since Trump's election last year. 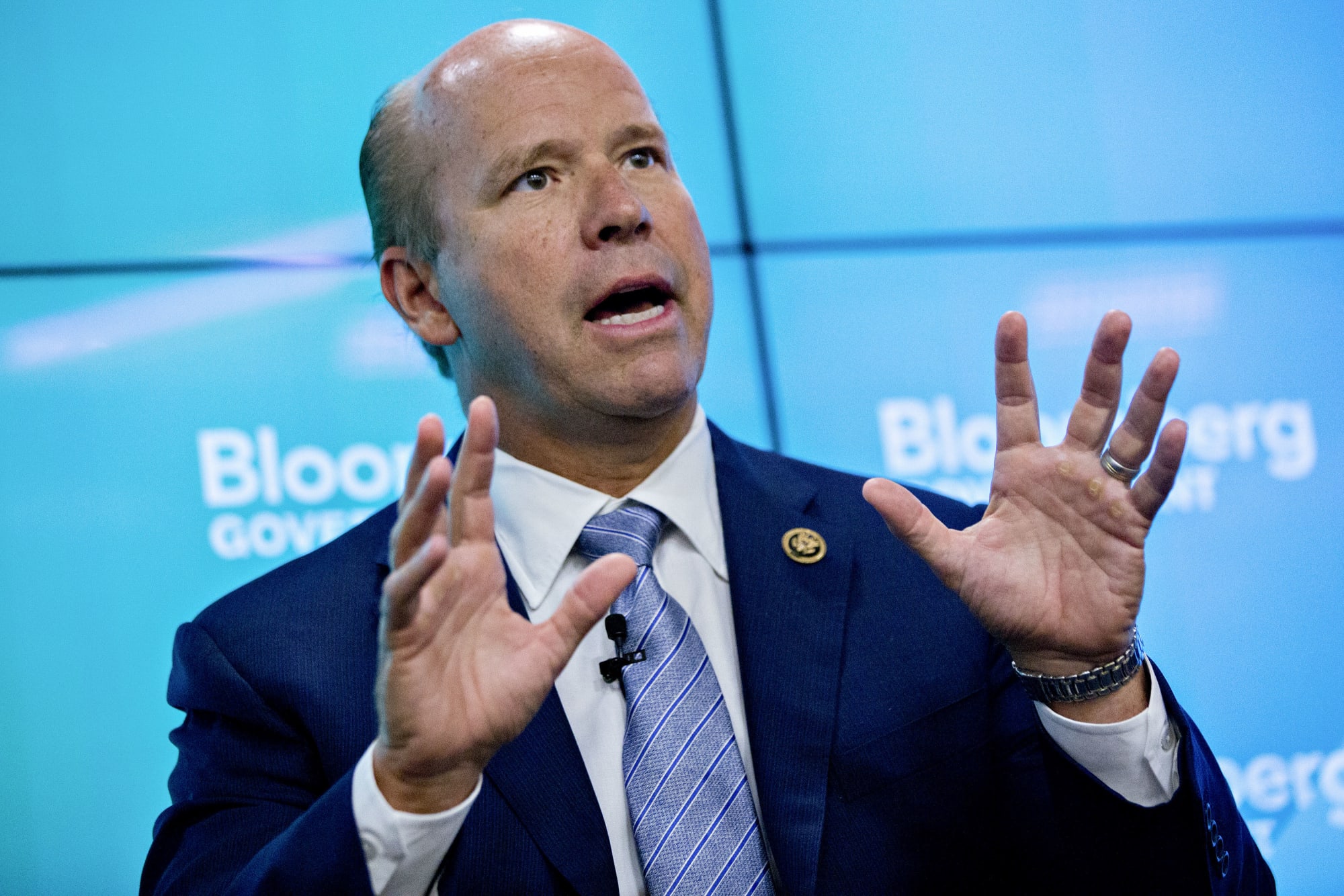 In an interview with Business Insider, he dodged a question about whether support for abortion access should be mandatory for Democratic candidates seeking higher office, but offered that other potential Democratic presidential candidates like Biden probably would be criticized for their view on the issue. He also dodged a question about whether he believes House Minority Leader Nancy Pelosi should continue to lead the Democratic Party, saying all Democratic elected officials share the blame for down-ballot losses.

But he's not afraid to make his broad differences with the Democratic Party known, saying that while the party has admirable policy goals, it's "basically become a regional party" which is "not doing a great job" at communicating its overall message.

"The Democratic Party as a whole is in a really bad spot," Delaney said. "Everyone is responsible for that, including people in leadership positions."

He added: "We are not coming up with ideas that excite people about our ability to get it done or being respectful of people about how they think about the world or just exciting them with how we're planning on leading."

For now, Delaney says he's starting to take meetings, and will visit the early nominating states like Iowa and New Hampshire soon.

But he rejects the idea that he's a long-shot candidate.

SEE ALSO: Trump just got his first Democratic challenger in 2020