By Yeganeh Torbati and Sarah Marsh 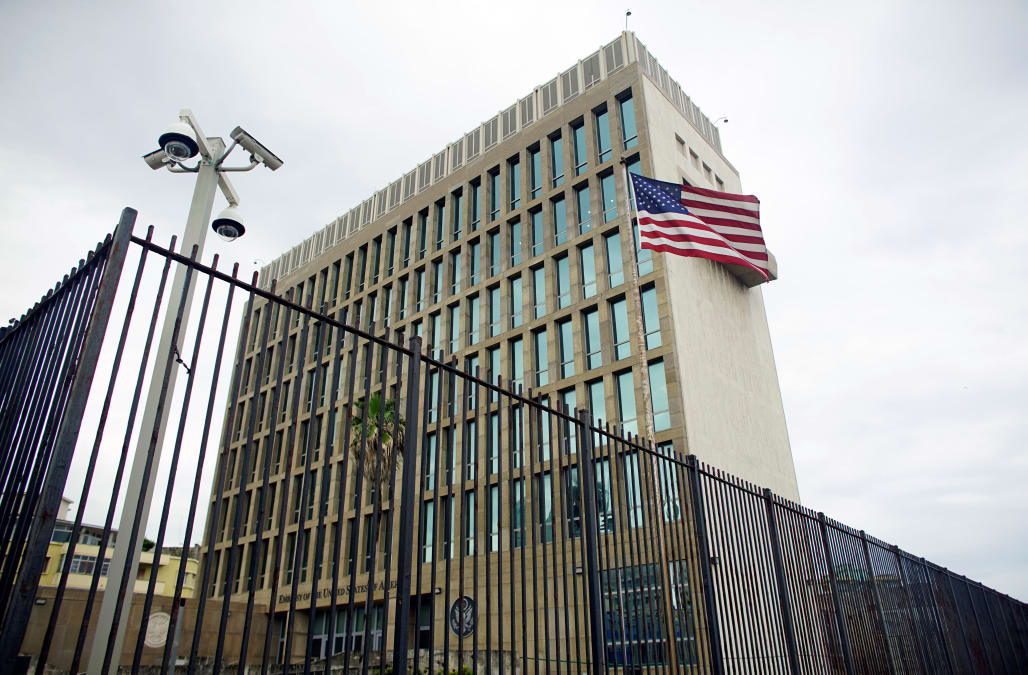 WASHINGTON/HAVANA, Aug 9 (Reuters) - Cuba said on Wednesday it was investigating allegations by the United States that unspecified "incidents" caused physical symptoms in Americans serving at the U.S. Embassy in Havana, after two Washington-based Cuban diplomats were expelled.

"Cuba has never, nor would it ever, allow that the Cuban territory be used for any action against accredited diplomatic agents or their families," the foreign ministry said in a statement late on Wednesday. "It reiterates its willingness to cooperate in the clarification of this situation."

Havana said it had started a "comprehensive, priority and urgent investigation" into the alleged incidents after it had been informed of them by the embassy in February.

Earlier on Wednesday, U.S. State Department spokeswoman Heather Nauert told reporters that the exact nature of the incidents was unclear, but Americans serving in Cuba had returned to the United States for non life-threatening "medical reasons."

RELATED: Daily life in and around Cuba

19 PHOTOS
Daily life in and around Cuba
See Gallery

The United States first learned of the issues at the embassy in late 2016, she said.

"We don't have any definitive answers about the source or the cause of what we consider to be incidents," Nauert said. "It's caused a variety of physical symptoms in these American citizens who work for the U.S. government. We take those incidents very seriously, and there is an investigation currently under way."

As a result, the United States on May 23 asked two Cuban officials in Washington to leave the country and they have done so, Nauert said, an action that Cuba described as "unjustified."

"What this requires is providing medical examinations to these people," Nauert said. "Initially, when they'd started reporting what I will just call symptoms, it took time to figure out what it was, and this is still ongoing. So we're monitoring it."

A U.S. government official said several colleagues at the U.S. embassy in Havana were evacuated back to the United States for hearing problems and other symptoms over the past six months. Some subsequently got hearing aids, said the official, who spoke on condition of anonymity.

Washington and Havana re-established diplomatic relations in 2015 after more than five decades of hostilities, re-opening embassies in each other's capitals and establishing a new chapter of engagement between the former Cold War foes.

President Donald Trump rolled back part of his predecessor Barack Obama's policy toward Cuba, but has left in place many of the changes, including the re-opened U.S. Embassy in Havana. (Reporting by Mohammad Zargham and Yeganeh Torbati in Washington and Sarah Marsh in Havana; Editing by G Crosse, Toni Reinhold)