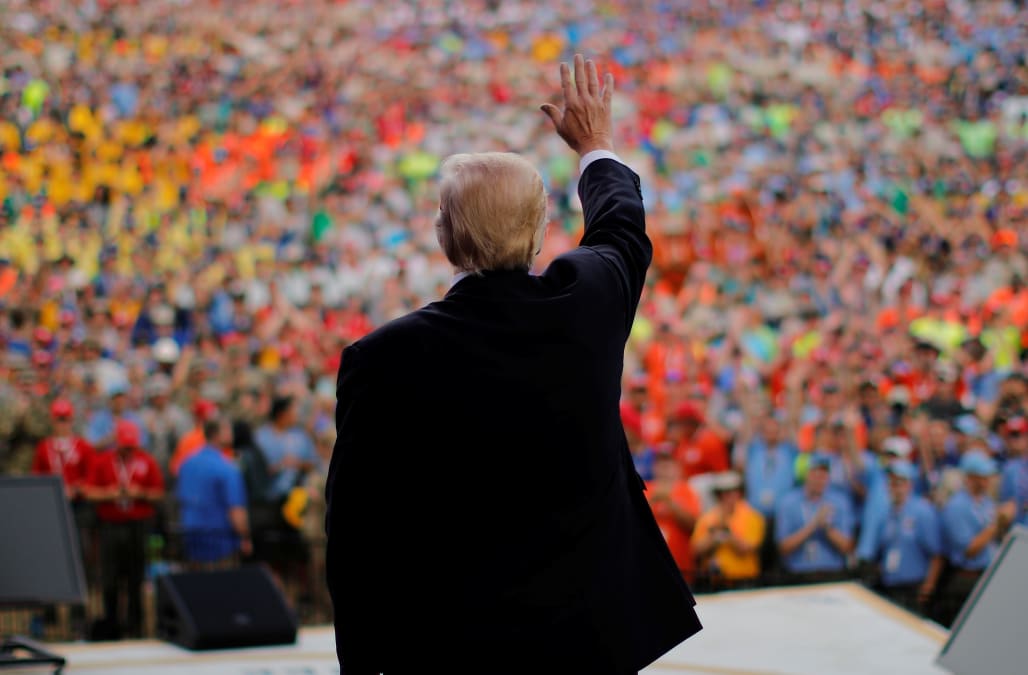 According to SSRS, an independent research company that conducted a poll on behalf of CNN, 38 percent of respondents said they approved of Trump's handling of the presidency, while 56 percent disapproved — a modest drop from April's survey where 44 percent approved and 54 percent disapproved.

Other figures in the study's questionnaire painted a bleak picture of Trump's tenure as president so far (emphasis ours):

According to CNN, only one other first-term president received approval numbers below 50 percent during this stage of his presidency: President Bill Clinton with a 44 percent approval rating in 1993.

CNN's data is nearly identical to other polls conducted around the same period of time. In a recent Rasmussen Reports poll — a poll often found to be the most favorable to Trump — 41 percent of respondents said they approved of Trump's performance, while 57 percent disapproved.

The SSRS study pooled 1,018 people who were surveyed between August 3 and August 6, during a time when Trump embarked on his 17-day vacation away from an embattled White House. The margin of error of the results was 3.6 percentage points.

NOW WATCH: Watch the most bizarre moments from Trump's speech to the Boy Scouts of America