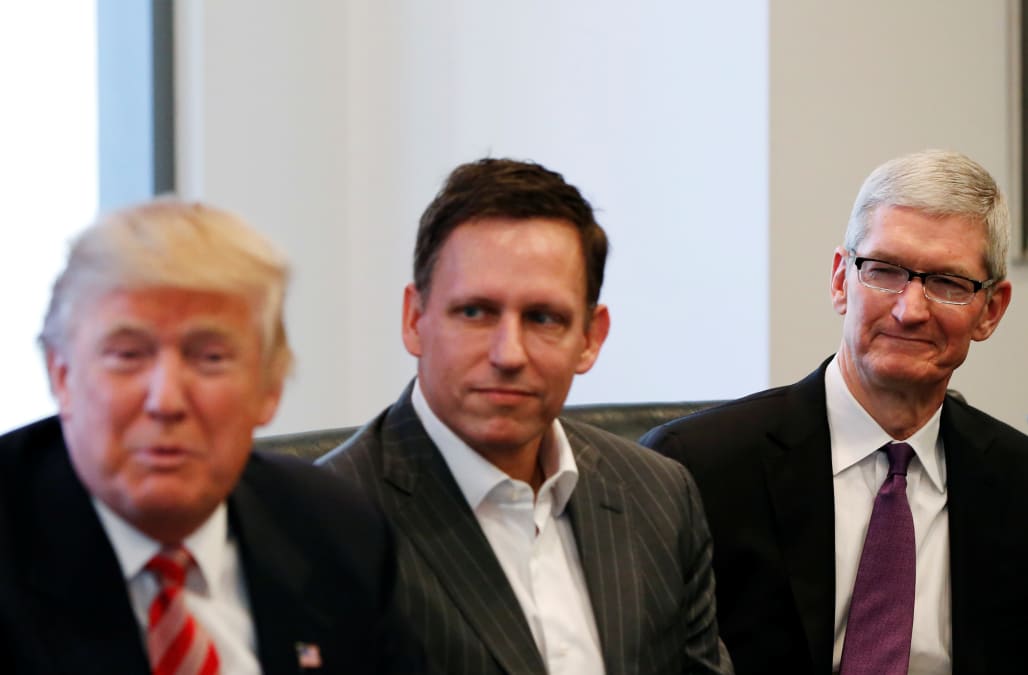 BuzzFeed News is reporting that the PayPal co-founder "has distanced himself" from President Trump during multiple conversations, even describing the administration as "incompetent," and one that may well end in "disaster."

The report goes on to state that according to conversations with those close to Thiel, the PayPal co-founder has "developed increasingly pessimistic feelings about the president."

Click through images of Peter Thiel through the years:

In fact, he was reportedly referring to Trump's presidency when he told friends earlier this year, "there is a 50 percent chance this whole thing ends in disaster."

Thiel was viewed as a technology industry outlier when he openly supported Trump during the 2016 election, even speaking at the Republican National Convention and giving $1.25 million to the effort, notes CNN.

According to a report by The Atlantic last November, Thiel decided to back Trump due to the businessman's promise of "a new American politics that overcomes denial, rejects bubble thinking, and reckons with reality."

Some have speculated that the Silicon Valley titan has had a fairly significant influence on the administration—especially during the transition—with one of his nicknames at the time said to be "the shadow president."

However, a CNN report from April notes that Thiel "has been largely absent from the industry's dealings with Trump during the first 100 days of the new administration, according to interviews with tech lobbyists and trade groups."

Despite this and the more recent insider accounts about his pessimism towards the administration, Thiel issued a statement to BuzzFeed News, saying, "The night he won the election, I said President Trump would face an awesomely difficult task. Today it's clear that resistance to change in Washington, D.C. has been even fiercer than I anticipated. We still need change. I support President Trump in his ongoing fight to achieve it."