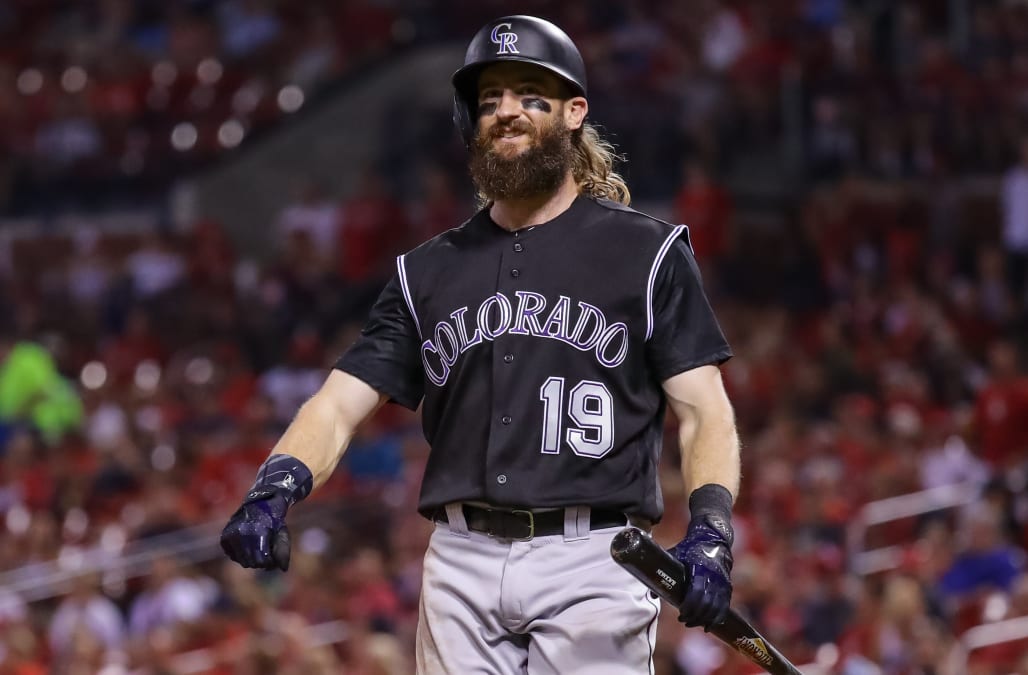 More and more, baseball is becoming a young man's game.

So far this season, every one of MLB's top 10 position players in Wins Above Replacement (an all-purpose stat designed to approximate a player's value) is under the age of 30. With pitchers, the number drops to four out of 10, but all told, it's still a remarkable share for baseball's youth movement.

And yet, some of our favorite players are the ones that manage to hang around for years, delighting baseball fans each and every summer. Impact veterans are only going to get less common as time goes on, so it can be fun to look back at what some of today's established stars looked like when they came up.

Check out how some of the top players in MLB look today versus how they looked when they first got the call.

MLB's biggest stars, then and now

At 29, Clayton Kershaw is a three-time Cy Young Award winner with a career ERA of 2.34.

He's more than fulfilled the considerable promise he showed as a 20-year-old rookie in 2008.

Bryce Harper, 24, is one of the most feared sluggers in baseball.

Dubbed "Baseball's Chosen One" as a high schooler, Harper was voted the 2012 National League Rookie of the Year at just 19.

Adrian Beltre, 38, is regarded as one of the best third basemen in history.

At 33, Max Scherzer is enjoying a season for the ages, leading the league in several major statistical categories.

He wasn't nearly as dominant in 2008, when he debuted with the Diamondbacks at age 23.

With over 450 career home runs at age 34, Miguel Cabrera is one of the greatest hitters to ever play the game.

He got his start as a 20 year old with the then-Florida Marlins, winning the World Series in his first season.

2014 Cy Young Award winner Corey Kluber, 31, might be the most consistent ace in the American League.

He's made huge strides since getting his first taste of Major League action at age 25 in 2011.

Jake Arrieta, 31, is one of the most beloved players on the resurgent Chicago Cubs.

He was just 24 and clean-shaven when he debuted with the Orioles back in 2010.

Carlos Beltran, 40, has been one of baseball's most durable sluggers of the last two decades, smacking at least 20 home runs for four different teams.

At 27, Giancarlo Stanton has already hit more than 200 home runs in his career.

He was already one of the game's most powerful players in 2010, the year he debuted at age 20.

He looked a bit different when he was called up as a 24-year-old rookie in 2012.

After spending most of his college career as a pitcher, Charlie Blackmon, 31, has blossomed into one of the top outfielders in the National League.

He was still a few years away from developing his trademark look when he came up at age 24 in 2011.

Chris Sale, 28, is one of the top strikeout pitchers in Major League history, boasting a 5.07 K/BB rate for his career.

At 33, Zack Greinke appears to be putting together a Cooperstown-quality career.

He showed plenty of potential as a 20-year-old rookie in 2004, though it would take years to fully realize it.

Justin Verlander, 34, is a former MVP Award winner and a Detroit icon.

He made his debut at just 22 years old and helped the Tigers reach the 2006 World Series the following season.

Robinson Cano, 34, left behind the bright lights of New York City and is thriving as a Seattle Mariner.

At 32, Andrew Miller is one of the most dominant relievers in all of baseball.

He came up as a 21-year-old starter for the Detroit Tigers in 2006, but consistently poor results forced a permanent move to the bullpen.

After a down year in 2016, Andrew McCutchen, 30, is in the midst of a terrific comeback season.

He's changed up his look in recent years, ditching the dreadlocks he sported as a 22-year-old rookie back in 2009.

Kenley Jansen, 29, was named to his second consecutive All-Star team this year.

Jose Bautista, 36, spent the better part of this decade as one of the most imposing power hitters in the game.

He played for four different teams as a 24-year-old rookie in 2004, posting a slugging percentage of .239.

Dustin Pedroia, 33, is the longest-tenured player on the Boston Red Sox, leading them to two World Series titles in his career.

At 27, Madison Bumgarner is a postseason hero with three World Series rings to show for it.

(Photo by Diamond Images/Getty Images)
Up Next

NOW WATCH: How Conor McGregor makes and spends his millions

SEE ALSO: Indians center fielder Austin Jackson made one of the best catches you'll ever see