N.J. boy says he can 'learn to think like an alien' as he applies to NASA post 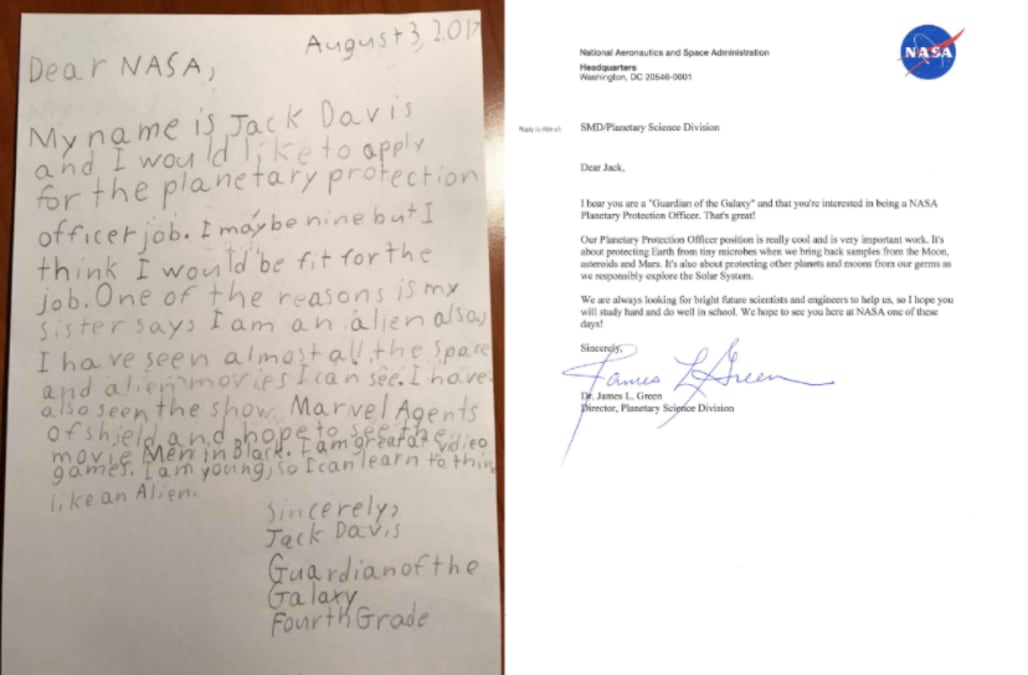 WASHINGTON (CBSNewYork/CBS News) — A recent announcement about a position at NASA has generated a lot of excitement from the public – especially from one fourth grader from New Jersey.

As WCBS 880's Kelly Waldron reported, Jack Davis, 9, sent a letter to NASA last week proclaiming himself a "guardian of the galaxy," and applying for the real position of Planetary Protection Officer that NASA was advertising.

"I may be nine but I think I would be fit for the job. One of the reasons is my sister says I am an alien. Also, I have seen almost all the space movies and alien movies I can see," Jack said in his hand-written letter, which NASA shared in a tweet on Friday.

When 4th grader and self-proclaimed “Guardian of the Galaxy”, Jack, wrote to us about applying for a job, we replied https://t.co/932pj3Q50Bpic.twitter.com/RhcGdnzGAw

"I have also seen the show Marvel Agents of Shield and hope to see the movie Men in Black," he explained, adding that he's great at video games and a quick learner. "I am young, so I can learn to think like an alien."

He went on to write that he is great at video games and young, so he can learn to think like an alien.

He added, "We are always looking for bright future scientists and engineers to help us, so I hope you will study hard and do well in school. We hope to see you here at NASA one of these days."

Jack also got a phone call from NASA planetary research director Jonathan Rall to congratulate him on his interest.

More from AOL.com:
The 2017 total solar eclipse will be livestreamed from 100,000 feet
Scientists find new exoplanet with atmosphere of 'glowing water'
Enough about the Great Red Spot, this giant storm on Neptune is almost as big as Earth