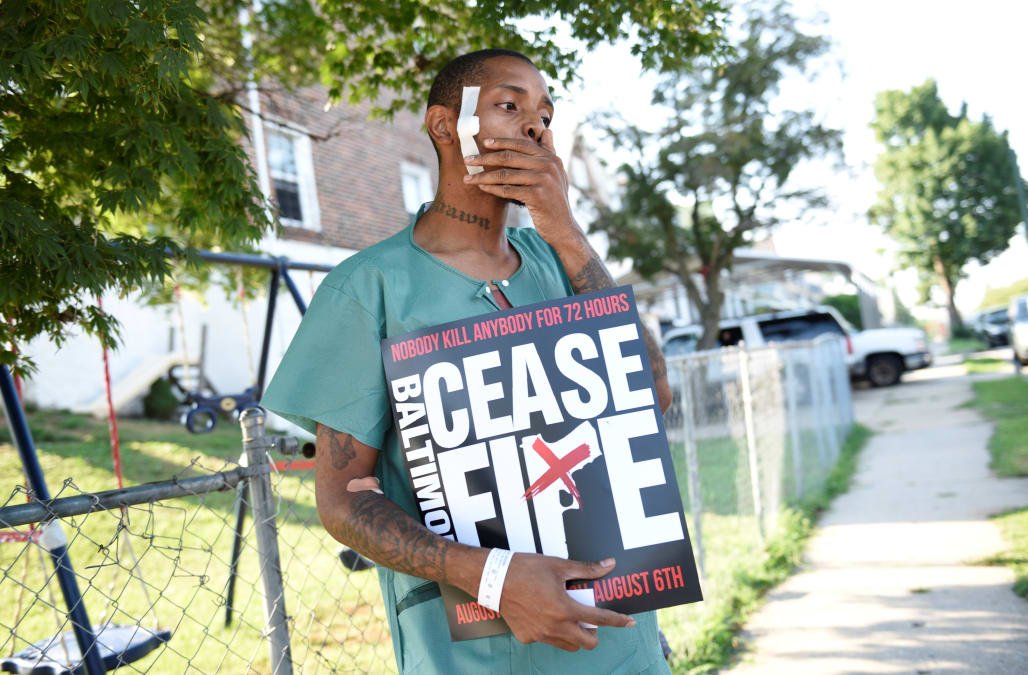 Aug 6 (Reuters) - A 37-year-old man was shot and killed in Baltimore late on Saturday, police said, in the second murder since activists called for a 72-hour "ceasefire" this weekend in response to the city's record homicide rate.

The unidentified victim suffered multiple gunshot wounds just before 10 p.m. on Saturday, a few hours after a 24-year-old man was reported shot and killed. Another shooting, which was not fatal, occurred earlier in the day, police said.

Community leaders had pleaded for a 72-hour pause in the violence during Friday, Saturday and Sunday, using the hashtag #BaltimoreCeasefire on social media. No murders were reported until Saturday afternoon.

The city had recorded a record 204 homicides for the first seven months of the year.

Following the first shooting on Saturday, Baltimore Ceasefire's organizers said on Facebook that the killing would not stop their mission.

The Rev. Grey Maggiano, a rector at the Memorial Episcopal Church in Baltimore, said on Twitter: "The victory in #BaltimoreCeasefire is not whether someone got shot or not - it's that so many ppl mobilized to say 'we are tired! No more.'"

Despite the shootings, activists held marches, cookouts and vigils on Saturday night, paying tribute to the city's murder victims and hugging residents affected by the violence, the Baltimore Sun reported.