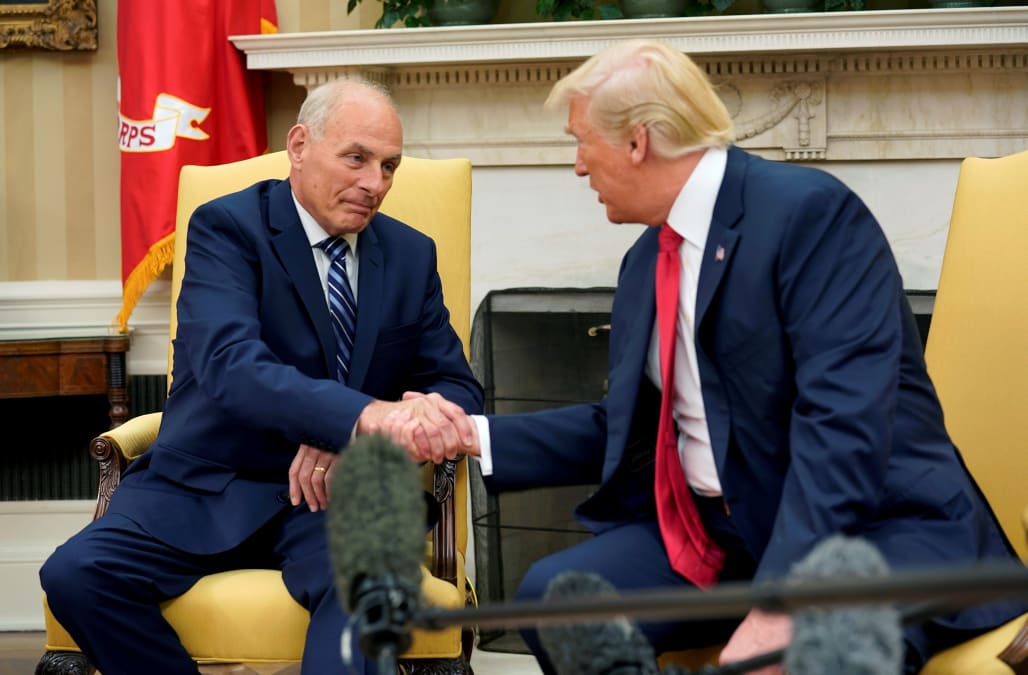 The new White House chief of staff, retired General John Kelly, is reportedly trying to reign in at least some of President Trump's tweeting.

As Politico explains, "Kelly is trying to put together a system in which top aides don't learn of decisions on Twitter, one where policy and personnel decisions are not first tweeted without having procedures in place to make them happen."

For instance, the administration is still reportedly not ready to implement a ban on transgender service people in the military which Trump revealed in a series of tweets on July 26.

In addition to policy areas, the president has faced criticism for tweeting about former President Obama wiretapping him and using the platform to publicly lash out at his attorney general and others.

On Kelly's efforts, Bloomberg reports that Trump appears to be willing to speak with his chief of staff before hitting send on certain tweets.

An insider told the outlet that Kelly's approach has been to "[offer] a different way to say the same thing."

However, the report adds that Trump's made it clear that he still has the power to tweet whatever he wants.

Kelly has reportedly acknowledged privately that some posts—especially those made early or late in the day—may slip through, but his influence may already be working; observers have noticed that Trump's recent tweets have largely been free of controversy.

That said, the president has been defiant about the communication method; just last week he wrote, "Only the Fake News Media and Trump enemies want me to stop using Social Media (110 million people). Only way for me to get the truth out!"