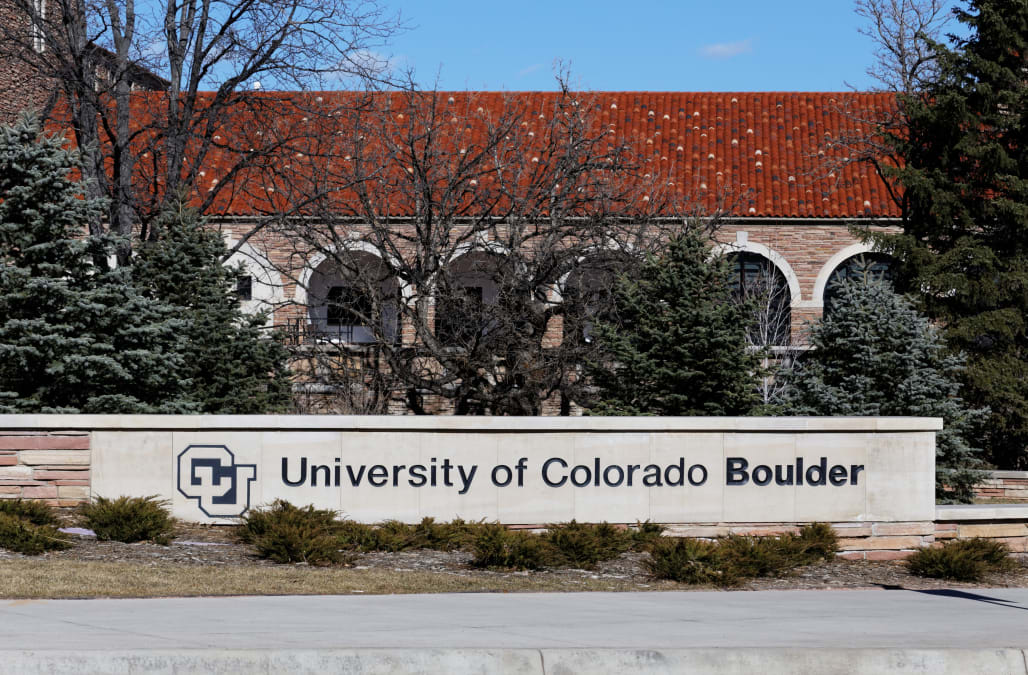 The badger, perhaps more suitable for the University of Wisconsin, was not initially welcomed in Buffaloes country. The short-legged campus guest caused quite a stir.

A student took a picture of the animal earlier in the week, prompting a tweet on Wednesday from the university announcing the "rare badger sighting." Students and staff were told the visitor, that may seem friendly, can be "extremely dangerous."

Rare badger sighting on campus. Badgers can be extremely dangerous. If you see it, do not approach. Call 303-492-5522 to report sighting. pic.twitter.com/MvLnFBK7Qj

The University of Wisconsin couldn't hold back, tweeting "We're not so bad once you get to know us" along with a GIF of its beloved badger mascot blowing a kiss to its friends in Colorado.

In response to CU's tweet, Colorado Parks and Wildlife said badgers are not rare in the state and they are not considered dangerous.

Experts said the animals are not aggressive unless provoked.

By late Wednesday, the university began downplaying its "badger situation" by issuing a statement, saying in part "We appreciate that people were amused."

"Earlier this week a woman spotted a badger walking down a staircase on our campus near Broadway. She shot a photo and posted it on Instagram and it came to our attention.

According to university staff who track wildlife that wander onto our campus, they have not had any reported badger sightings in more than 10 years. Certainly, while badgers are not rare in Colorado generally speaking, it is rare to see a badger on our campus.

Given that the badger might have been out of its element, we felt it was important to remind people not to approach it both for their safety and the well-being of the animal.

Our campus wildlife experts consulted with Colorado Parks and Wildlife today and were advised that the agency did not feel the need to address the issue unless there was evidence that the badger was actively engaging with people. So far, there have been no further sightings. Even so, we appreciate that people were amused by our unusual visitor and enjoyed the humorous messages from our peers at the University of Wisconsin."

More from AOL.com:
The 15 US states where young people are moving in, jobs are plentiful, and business is booming
Forrest Fenn treasure hunt may have claimed its third victim
Poll: Majority feel transgender people should be able to serve in US military