US House Republicans push for contempt charges against CFPB director 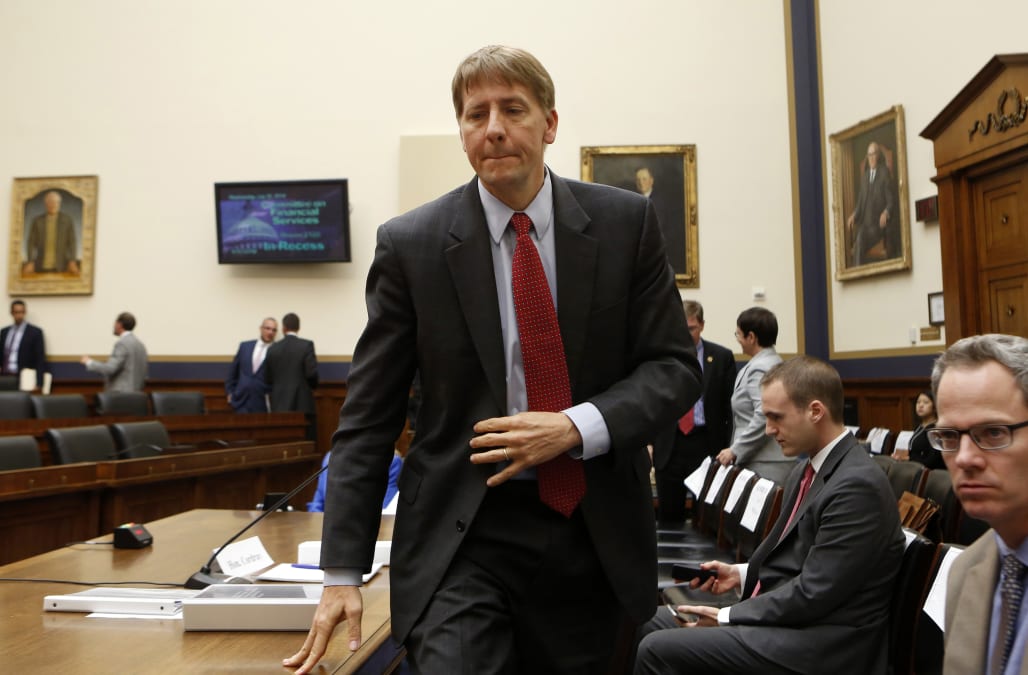 WASHINGTON, Aug 4 (Reuters) - Republicans in the U.S. House of Representatives are pushing to hold Consumer Financial Protection Bureau Director Richard Cordray in contempt of Congress for refusing to respond sufficiently to congressional subpoenas.

A report released on Friday by Republican staff of the House Financial Services Committee argued there was "ample evidence" to hold Cordray in contempt because of his alleged failure to fully comply with subpoena requests. Republicans on the panel have been fiercely critical of the CFPB's regulatory work.

The report marked the most direct threat yet to pursue legal action against Cordray, who was appointed by Democratic former President Barack Obama after the agency was created under the 2010 Dodd-Frank financial reform law.

The subpoenas sought records tied to the CFPB's successful efforts to ban mandatory arbitration clauses from financial contracts, including communications between CFPB staff and meetings with outside groups.

The ban, hailed by consumer advocates, was finalized in July but Republicans in Congress are working to overturn it.

Republicans demanded the documents as part of a probe into rulemaking, and whether the rules regarding mandatory arbitration clauses were written in a proper fashion.

Mandatory arbitration clauses require consumers to resolve any disputes through arbitration instead of joining together in class-action lawsuits.

Republican staff on the House banking panel had suggested in June that Cordray could face contempt charges for insufficient responses to congressional queries, but Friday's report took the conflict to new heights.

A committee spokesman, Jeff Emerson, did not immediately respond to a request for comment on whether the panel would actually seek contempt charges.

"We will continue our efforts to understand how we can respond to the committee in a satisfactory manner," she said in a statement to Reuters.

In the past, Cordray has criticized similar panel subpoenas as overly broad and confusing.

Representative Jeb Hensarling, who chairs the committee, has been one of Cordray's outspoken critics, and demanded in the past that Republican President Donald Trump fire him as director.

Democrats have rallied behind Cordray and the agency since its creation.

"The Republican attacks on Director Cordray and the Consumer Bureau are entirely baseless, and there are no grounds at all for them to hold the Director in contempt," Maxine Waters, the top Democrat on Hensarling's panel, said in a statement to Reuters. (Reporting by Pete Schroeder; Editing by Steve Orlofsky and Tom Brown)