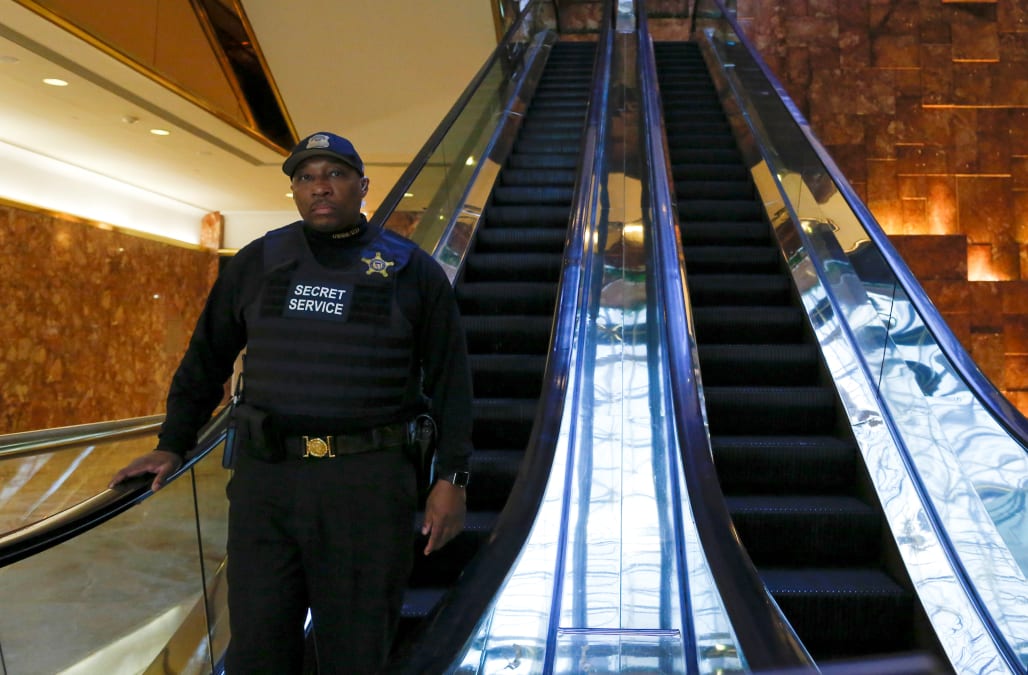 The Secret Service moved its Trump Tower command post to a trailer on a Manhattan sidewalk because of a dispute between President Donald Trump's company, the Trump Organization, and the US government, The Washington Post reported Thursday.

Citing two people familiar with the discussions, The Post said the dispute involved multiple elements of the lease, including the price.

The federal agency charged with protecting the first family housed supervisors and backup agents in Trump Tower, one floor below the first family's private residence, until last month. Trump Organization spokesperson Amanda Miller told The Post that a "mutual" decision was made to have the Secret Service find space elsewhere.

"It would be more cost effective and logistically practical," Miller said according to The Post, even as the agency was reportedly holding out for a better deal with the president's company.

Trump has not returned to Trump Tower since he was elected, and first lady Melania Trump and the couple's teenage son, Barron,moved out of the building and into the White House in June.

The notion of the Secret Service renting space from the president's private company was met with some criticism shortly after Trump took office, raising questions of potential conflicts of interest concerning a Trump-connected business potentially benefiting from a lucrative government contact.

SEE ALSO: Mueller's latest move in the Trump-Russia probe may foreshadow a 'large-scale series of prosecutions'