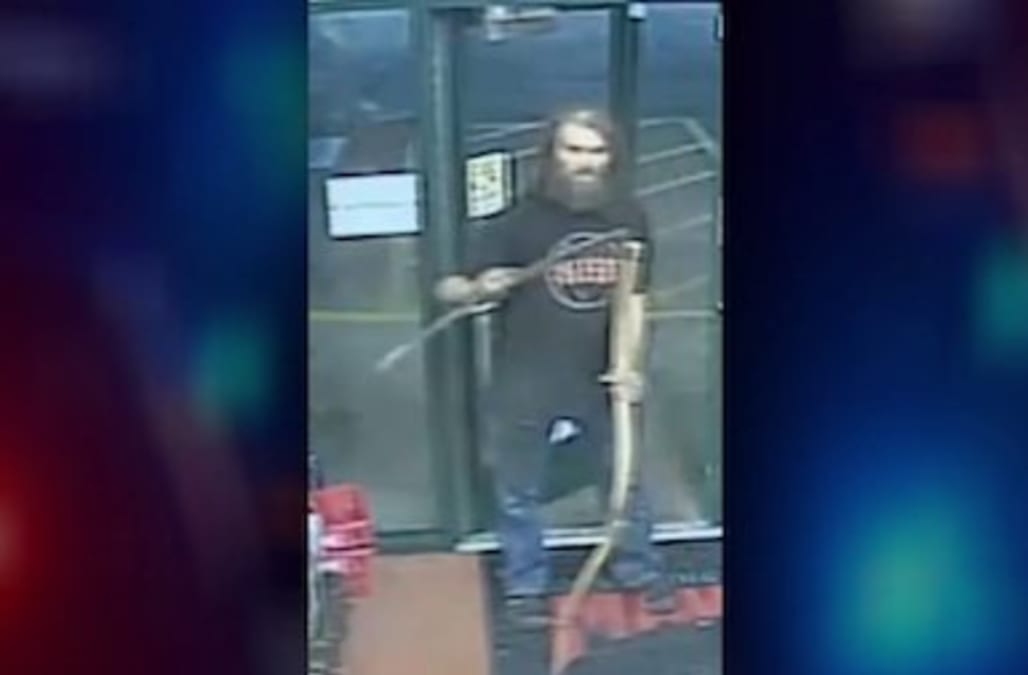 OGDEN, Utah (KSTU) -- Police say early Tuesday morning a man walked into a Maverik and threatened an employee. He was kicked out, but two hours later he came back: this time with a weapon.

"I kind of at first just looked at it and thought, 'What does he have?' and I thought it was a toy but when I seen the blade on it I thought that is not a toy," said Malisa Giles.

In his right hand, 39-year-old Michael Just was holding a nearly 6-foot tall scythe. He allegedly yelled at Giles and threatened to kill her.

"I automatically just grabbed the phone and ran into the office to call 911," Giles said.

Fox 13 News has obtained the audio from that 911 call:

Dispatcher: "What is that?"

Giles: "It's a long stick with a blade on top of it like what the Grim Reaper carries. Oh my God."

Dispatcher: "Did he hurt anybody?"

While Giles was locked in the back room, all she could think about were her kids.

Giles said it felt like forever before the man just finally turned around and left the store.

"I know he would have done something, he is very mentally unstable," Giles said.

Giles says, thankfully, Just didn't hurt anyone. But on his way out, she watched as he damaged a customer's car with the scythe. Giles said during all this she was able to stay calm, but afterwards reality set in.

"I did start crying after he left and after I got off the phone with the cops; I was like, I can't believe that happened," Giles said.

This is a weapon police in Ogden say they've never seen used.

As for Giles, she says she's still shaken up and doesn't know if she'll be comfortable working the grave shift anymore.