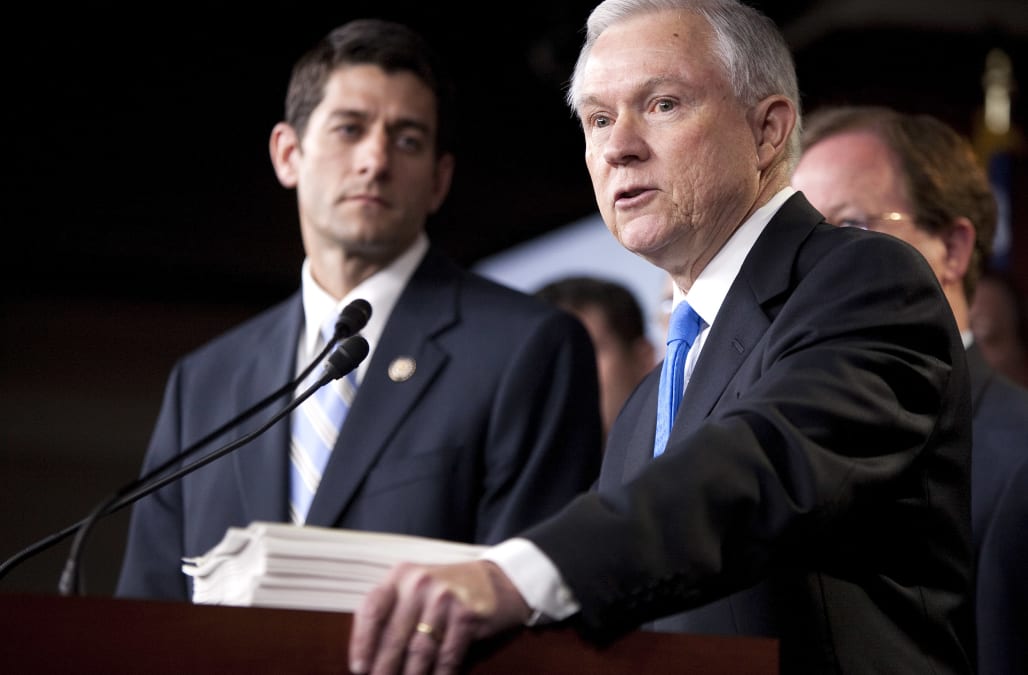 Sessions made the suggestion in a Friday press conference in which he outlined steps being taken to reduce the volume of leaks that have frequently embarrassed President Donald Trump and his administration.

Ryan took issue with Sessions' characterization of journalists' roles in reporting stories that include leaked information. While speaking at an event in Mukego, Wisconsin, on Friday, Ryan said it's "the problem of the leaker, not the journalist."

"Leaks are concerning because leaks can often compromise national security, but that's the problem of the leaker not the journalist," Ryan said.

Sessions said earlier Friday: "We respect the important role that the press plays and will give them respect, but it is not unlimited. They cannot place lives at risk with impunity. We must balance their role with protecting our national security and the lives of those who serve in our intelligence community, the armed forces, and all law-abiding Americans."

A number of press-advocacy groups, including the American Civil Liberties Union (ACLU), criticized Sessions' remarks. The ACLU's privacy, and technology director, Ben Wizner, said: "Americans should be concerned about the Trump administration's threat to step up its efforts against whistleblowers and journalists."

Citing the importance of a free and independent press, Wizner said, "leaders can't be trusted to disclose vital information that reflects poorly on themselves."