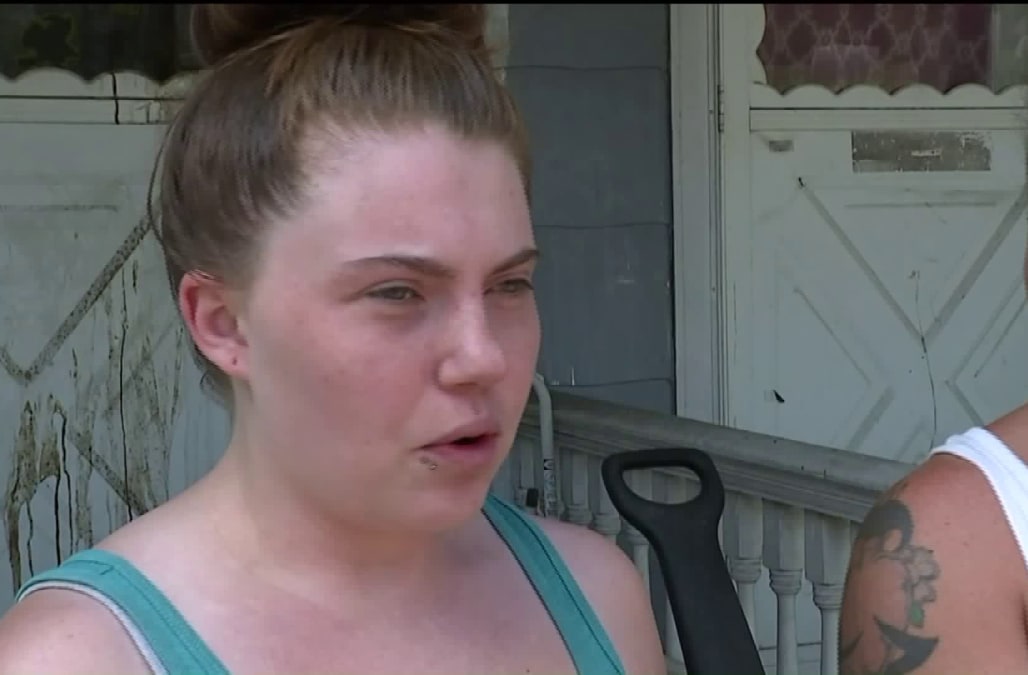 A mother in Milton, Pennsylvania, says that a woman posing as a caseworker tried to enter her home and snatch her young daughter right in front of her on Wednesday night.

Jasmine Tucker told WNEP that a woman who did not have an ID badge and refused to identify herself attempted to force her way into her home, saying only that she was a Northumberland County Children and Youth worker.

Although Tucker says she had never seen the phony caseworker before, the woman somehow knew her daughter's name. She told the terrified mother that she was taking 2-year-old Brynlee back to her rightful, legal grandparents.

When Tucker asked the woman why she was there to take her daughter, the woman replied, "We heard you are pimping her out for drug money," before trying to push past Tucker into her home.

Tucker says she blocked the doorway and pushed the woman out onto her porch before reaching for her phone to capture a photo of the woman.

Tucker's mom, Lisa Phistner, rushed home following the incident to be with her family. The pair says they do not intend to let Brynlee out of their sight.

"When you're going to the park and stuff, you're playing with your child, letting them run, giving them a little space to run," Phistner said. "God only knows, is this person going to come to the park and follow us? She already knows where we live."

Police describe the suspect as a 35 to 45-year-old woman with an average build, brown eyes and blonde, shoulder-length wavy hair. She was wearing a red t-shirt and blue jeans at the time of the incident.