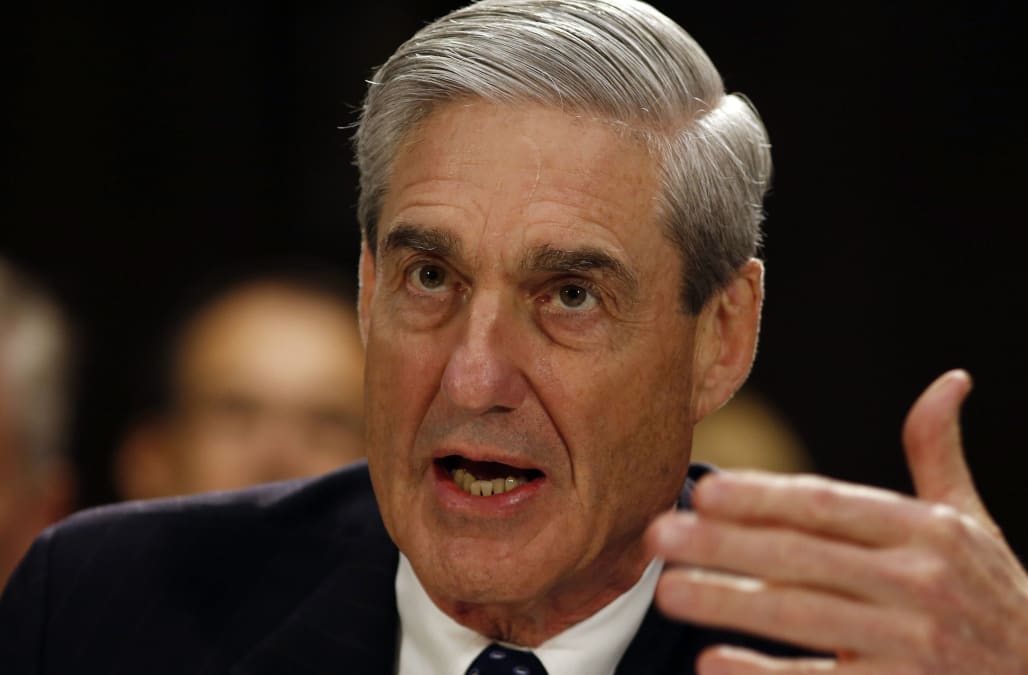 WASHINGTON (Reuters) - A grand jury has issued subpoenas in connection with a June 2016 meeting that included President Donald Trump's son, his son-in-law and a Russian lawyer, two sources told Reuters on Thursday, signaling an investigation is gathering pace into suspected Russian meddling in the 2016 U.S. election.

The sources added that U.S. Special Counsel Robert Mueller had convened the grand jury investigation in Washington to help examine allegations of Russian interference in the vote. One of the sources said it was assembled in recent weeks.

Russia has loomed large over the first six months of the Trump presidency. U.S. intelligence agencies have concluded that Russia worked to tilt the presidential election in Trump's favor. Mueller, who was appointed special counsel in May, is leading the probe, which also examines potential collusion by the Trump campaign with Russia.

Moscow denies any meddling and Trump denies any collusion by his campaign, while regularly denouncing the investigations as political witch hunts.

At a rally in Huntington, West Virginia, on Thursday night, Trump said: "Most people know there were no Russians in our campaign. ... We didn't win because of Russia. We won because of you."

Mueller's use of a grand jury could give him expansive tools to pursue evidence, including issuing subpoenas and compelling witnesses to testify. The Wall Street Journal earlier reported a grand jury was impaneled.

A grand jury is a group of ordinary citizens who, working behind closed doors, considers evidence of potential criminal wrongdoing that a prosecutor is investigating and decides whether charges should be brought.

"This is a serious development in the Mueller investigation," said Paul Callan, a former prosecutor.

"Given that Mueller inherited an investigation that began months ago, it would suggest that he has uncovered information pointing in the direction of criminal charges. But against whom is the real question."

A lawyer for Trump, Jay Sekulow, appeared to downplay the significance of a grand jury, telling Fox News: "This is not an unusual move."

It was not immediately clear to whom subpoenas were issued and the sources did not elaborate.

Some lawyers said it would put pressure on potential witnesses to cooperate with Mueller's investigation.

"When someone gets a subpoena to testify, that can drive home the seriousness of the investigation," said David Sklansky, a professor at Stanford Law School and a former federal prosecutor.

"A special counsel can bring an indictment and it has happened before," said Renato Mariotti, a partner at the law firm Thompson Coburn and a former federal prosecutor.

News last month of the meeting between Donald Trump Jr. and a Russian lawyer who he was told had damaging information about his father's presidential rival, Democrat Hillary Clinton, fueled questions about the campaign's dealings with Moscow.

The Republican president has defended his son's behavior, saying many people would have taken that meeting.

One of the sources said major Russian efforts to interfere in the election on Trump's behalf began shortly after the June meeting, making it a focus of Mueller's investigation.

Ty Cobb, special counsel to the president, said he was not aware that Mueller had started using a new grand jury.

"Grand jury matters are typically secret," Cobb said. "The White House favors anything that accelerates the conclusion of his work fairly. ... The White House is committed to fully cooperating with Mr. Mueller."

John Dowd, one of Trump's personal lawyers, said: "With respect to the news of the grand jury, I can tell you President Trump is not under investigation."

Lawyers for Trump Jr. and Kushner did not immediately respond to requests for comment.

'NOT THINKING OF FIRING MUELLER'

Trump has questioned Mueller's impartiality and members of Congress from both parties have expressed concern that Trump might dismiss him. Republican and Democratic senators introduced two pieces of legislation on Thursday seeking to block Trump from firing Mueller.

Sekulow denied that was Trump's plan.

"The president is not thinking of firing Bob Mueller," Sekulow said.

One source briefed on the matter said Mueller was investigating whether, either at the meeting or afterward, anyone affiliated with the Trump campaign encouraged the Russians to start releasing material they had been collecting on the Clinton campaign since March 2016.

Another source familiar with the inquiry said that while the president himself was not now under investigation, Mueller's investigation was seeking to determine whether he knew of the June 9 meeting in advance or was briefed on it afterward.

Reuters earlier reported that Mueller's team was examining money-laundering accusations against Manafort and hoped to push him to cooperate with their probe into possible collusion between Trump's campaign and Russia. It is not known if the grand jury is investigating those potential charges.