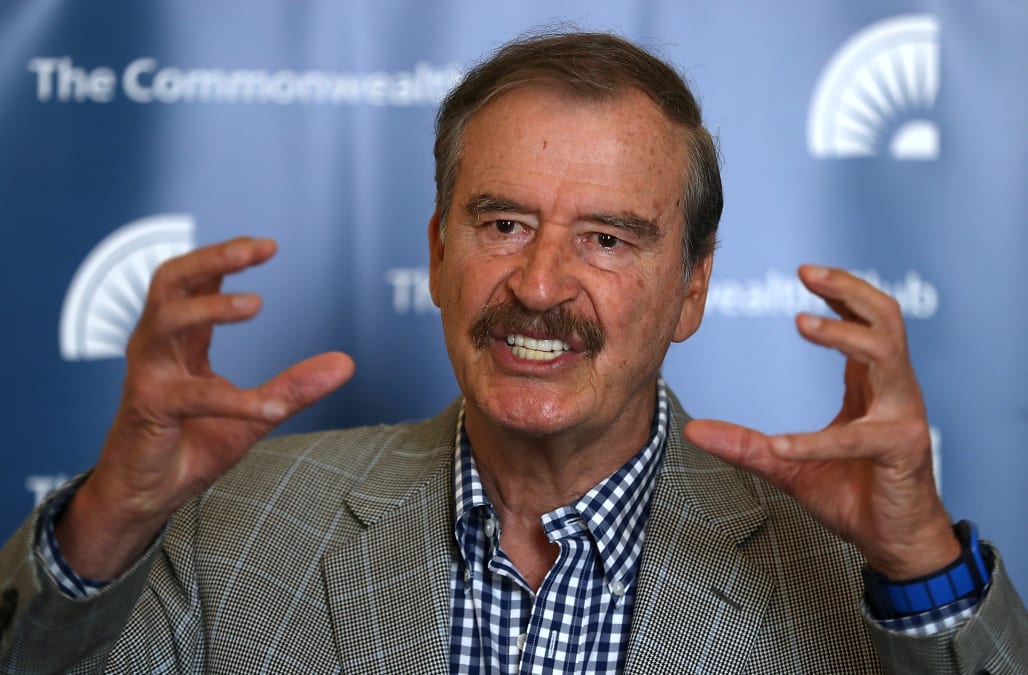 Former Mexican president Vicente Fox dropped an F-bomb on Friday morning during an interview with CNN's Alisyn Camerota after she asked if the current Mexican President, Enrique Pena Nieto, was not forceful enough in his January conversation with president Donald Trump.

"Do you think the president of Mexico should have been more forceful in saying it's never going to happen?" Camerota asked, talking about whether Mexico would ever help fund a border wall with the United States.

RELATED: The evolution of the US-Mexico border over 100 years

"You can use my words: We'll never pay for that f–ing wall," Fox said. Immediately, Camerota's face dropped, and for the remainder of time Fox spoke, kept her lips pursed. As soon as Fox was done answering her question, she said, "I apologize to our morning audience for the salty language this morning. Perhaps I should have taken that offer for the five-second delay."

Also Read:Trump Says He Won New Hampshire Primary Because It's a 'Drug-Infested Den'

Perhaps Camerota shouldn't have been so surprised, though. Fox has consistently referred to the proposed border wall as "that f—ing wall." He said the same thing on Fox last year, and as recently as May, the former leader tweeted "#Trump free advice from your MX amigo... forget f—en wall."

In the interview Friday, Fox continued: "Who can think of a country paying for a wall that is going to be built in the neighbor's territory? Why should Mexico pay for a wall? What's the reason? We don't need a wall."

TRUMP, when will you understand that I am not paying for that fucken wall. Be clear with US tax payers. They will pay for it.

Fox's tweets on Trump and the wall:

Former Mexican President Vicente Fox's tweets on Trump and building a wall
TRUMP, when will you understand that I am not paying for that fucken wall. Be clear with US tax payers. They will pay for it.
Sean Spicer, I've said this to @realDonaldTrump and now I'll tell you: Mexico is not going to pay for that fucking wall. #FuckingWall
@ajplus @DeniseDresserG trump, I want to see your tax returns¡¡ Maybe not paying taxes will be enough for you to pay the fucken wall.
#protus lying chatterer,untruthful cheater, fake,imposter,fraudulent,slanderer,deceit fools. American people are paying the Fucking wall!!
#trump free advice from your MX amigo: . Stay at the WH . Keep your mouth shut!! . Respect the other . Forget Fucken Wall. Thanks & Saludos
Up Next

On Thursday, The Washington Post published leaked transcripts of Trump's January conversations with Mexico's Nieto and Australia's Prime Minister Malcolm Turnbull. In the conversation with Nieto, Trump told him to stop telling the media he would not pay for a border wall between Mexico and the United States.