Born this way? Researchers explore the science of gender identity 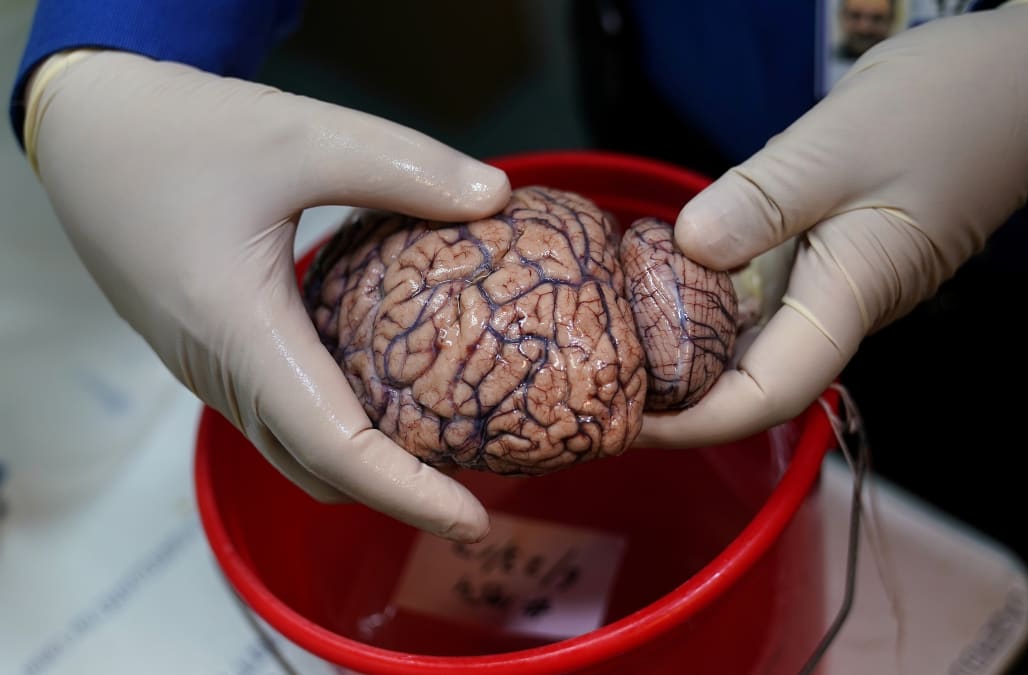 NEW YORK (Reuters) - While President Donald Trump has thrust transgender people back into the conflict between conservative and liberal values in the United States, geneticists are quietly working on a major research effort to unlock the secrets of gender identity.

A consortium of five research institutions in Europe and the United States, including Vanderbilt University Medical Center, George Washington University and Boston Children's Hospital, is looking to the genome, a person's complete set of DNA, for clues about whether transgender people are born that way.

Two decades of brain research have provided hints of a biological origin to being transgender, but no irrefutable conclusions.

Now scientists in the consortium have embarked on what they call the largest-ever study of its kind, searching for a genetic component to explain why people assigned one gender at birth so persistently identify as the other, often from very early childhood.

Researchers have extracted DNA from the blood samples of 10,000 people, 3,000 of them transgender and the rest non-transgender, or cisgender. The project is awaiting grant funding to begin the next phase: testing about 3 million markers, or variations, across the genome for all of the samples.

Knowing what variations transgender people have in common, and comparing those patterns to those of cisgender people in the study, may help investigators understand what role the genome plays in everyone's gender identity.

"If the trait is strongly genetic, then people who identify as trans will share more of their genome, not because they are related in nuclear families but because they are more anciently related," said Lea Davis, leader of the study and an assistant professor of medicine at the Vanderbilt Genetics Institute.

The search for the biological underpinnings is taking on new relevance as the battle for transgender rights plays out in the U.S. political arena.

One of the first acts of the new Trump administration was to revoke Obama-era guidelines directing public schools to allow transgender students to use bathrooms of their choice. Last week, the president announced on Twitter he intends to ban transgender people from serving in the military.

A Quinnipiac University poll released on Thursday found 68 percent of Americans say transgender people should be allowed to serve in the military, an even larger majority than the 58 percent found in a Reuters/Ipsos poll last week.

Texas lawmakers are debating a bathroom bill that would require people to use the bathroom of the sex listed on their birth certificate. North Carolina in March repealed a similar law after a national boycott cost the state hundreds of millions of dollars in lost business.

Currently, the only way to determine whether people are transgender is for them to self-identify as such. While civil rights activists contend that should be sufficient, scientists have taken their search to the lab.

That quest has made some transgender people nervous. If a "cause" is found it could posit a "cure," potentially opening the door to so-called reparative therapies similar to those that attempt to turn gay people straight, advocates say. Others raise concerns about the rights of those who may identify as trans but lack biological "proof."

"It's an idea that can be wielded against us, depending on the ideology of the user," said Kale Edmiston, a transgender person and postdoctoral scholar at the University of Pittsburgh specializing in neuroimaging.

Dana Bevan, a transgender woman, psychologist and author of three books on transgender topics, acknowledged the potential manipulation of research was a concern but said, "I don't believe that science can or should hold back from trying to understand what's going on."

Davis stressed that her study does not seek to produce a genetic test for being transgender, nor would it be able to. Instead, she said, she hopes the data will lead to better care for transgender people, who experience wide health disparities compared to the general population.

One-third of transgender people reported a negative healthcare experience in the previous year such as verbal harassment, refusal of treatment or the need to teach their doctors about transgender care, according to a landmark survey of nearly 28,000 people released last year by the National Center for Transgender Equality.

Some 40 percent have attempted suicide, almost nine times the rate for the general population.

"We can use this information to help train doctors and nurses to provide better care to trans patients and to also develop amicus briefs to support equal rights legislation," said Davis, who is also director of research for Vanderbilt's gender health clinic.

The Vanderbilt University Medical Center in Tennessee has one of the world's largest DNA databanks. It also has emerged as a leader in transgender healthcare with initiatives such as the Trans Buddy Program, which pairs every transgender patient with a volunteer to help guide them through their healthcare visits.

The study has applied for a grant from the National Institutes of Health and is exploring other financial sources to provide the $1 million needed to complete the genotyping, expected to take a year to 18 months. Analysis of the data would take about another six months and require more funding, Davis said.

The other consortium members are Vrije University in Amsterdam and the FIMABIS institute in Malaga, Spain.

Until now, the bulk of research into the origins of being transgender has looked at the brain.

Neurologists have spotted clues in the brain structure and activity of transgender people that distinguish them from cisgender subjects.

A seminal 1995 study was led by Dutch neurobiologist Dick Swaab, who was also among the first scientists to discover structural differences between male and female brains. Looking at postmortem brain tissue of transgender subjects, he found that male-to-female transsexuals had clusters of cells, or nuclei, that more closely resembled those of a typical female brain, and vice versa.

Swaab's body of work on postmortem samples was based on just 12 transgender brains that he spent 25 years collecting. But it gave rise to a whole new field of inquiry that today is being explored with advanced brain scan technology on living transgender volunteers.

Among the leaders in brain scan research is Ivanka Savic, a professor of neurology with Sweden's Karolinska Institute and visiting professor at the University of California, Los Angeles.

Her studies suggest that transgender men have a weakened connection between the two areas of the brain that process the perception of self and one's own body. Savic said those connections seem to improve after the person receives cross-hormone treatment.

Her work has been published more than 100 times on various topics in peer-reviewed journals, but she still cannot conclude whether people are born transgender.

"I think that, but I have to prove that," Savic said.

A number of other researchers, including both geneticists and neurologists, presume a biological component that is also influenced by upbringing.

But Paul McHugh, a university professor of psychiatry at the Johns Hopkins School of Medicine, has emerged as the leading voice challenging the "born-this-way" hypothesis.

He encourages psychiatric therapy for transgender people, especially children, so that they accept the gender assigned to them at birth.

McHugh has gained a following among social conservatives, while incensing LGBT advocates with comments such as calling transgender people "counterfeit."

Last year he co-authored a review of the scientific literature published in The New Atlantis journal, asserting there was scant evidence to suggest sexual orientation and gender identity were biologically determined.

The article drew a rebuke from nearly 600 academics and clinicians who called it misleading.

McHugh told Reuters he was "unmoved" by his critics and says he doubts additional research will reveal a biological cause.

"If it were obvious," he said, "they would have found it long ago."