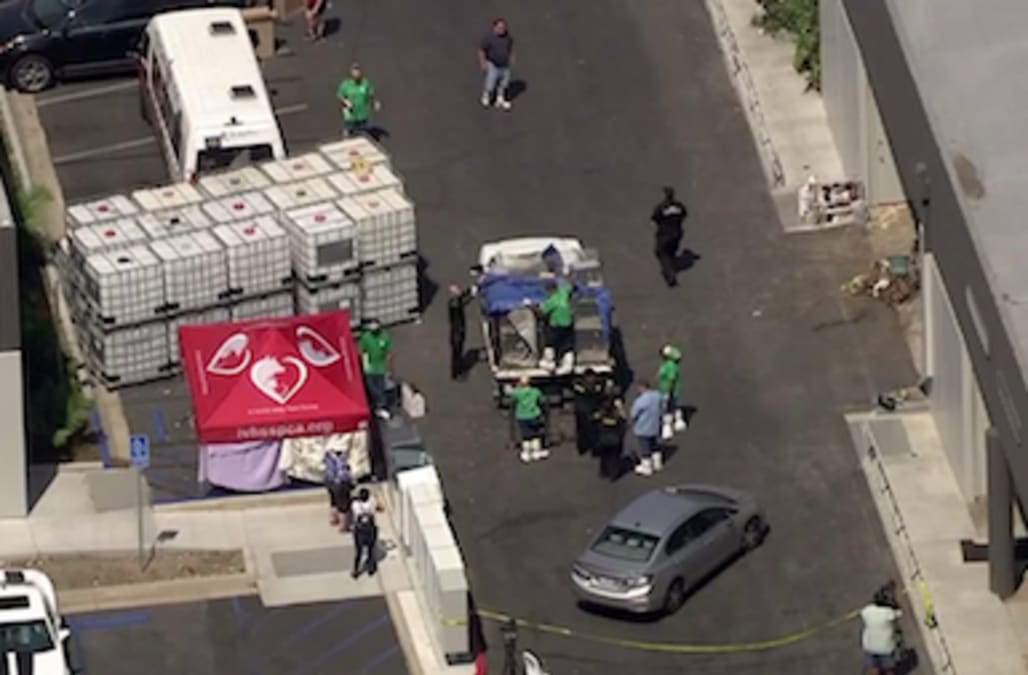 Birds, fish and reptiles were among the deceased animals found when officers responded to a commercial building in the 4600 block of Arrow Highway, according to Montclair Police Department Sgt. Minook.

Nearly 2,000 live chickens, parakeets and other birds, including some exotic species, were rescued from the warehouse, as were dozens of fish, according to the Inland Humane Society.

The animals were kept in conditions that authorities described as "deplorable" and "appalling."

"There was little ventilation provided. Rescue Officers could not find any food or water for the birds. The warehouse was covered in feces and filled with trash," the Humane Society said in a Facebook post.

The owner of the birds was arrested on unrelated offenses earlier in the week, and now faces felony animal cruelty charges, according to the post. His or her name has not been released.

Montclair police, the Department of Health, the Humane Society and the Society for the Prevention of Cruelty to Animals all assisting in the animal cruelty investigation, authorities said.

The grisly finding sparked a major response at the scene, with numerous animals been driven away for evaluation and treatment.

The rescued exotic birds were being taken to the Humane Society and SCPA, which will also care for and house the chicks and chickens with the assistance of the staff at the Boys Republic in Chino, according to the post.

No additional details were immediately available.

Check back for updates on this developing story. KTLA's Jennifer Thang contributed to this story.