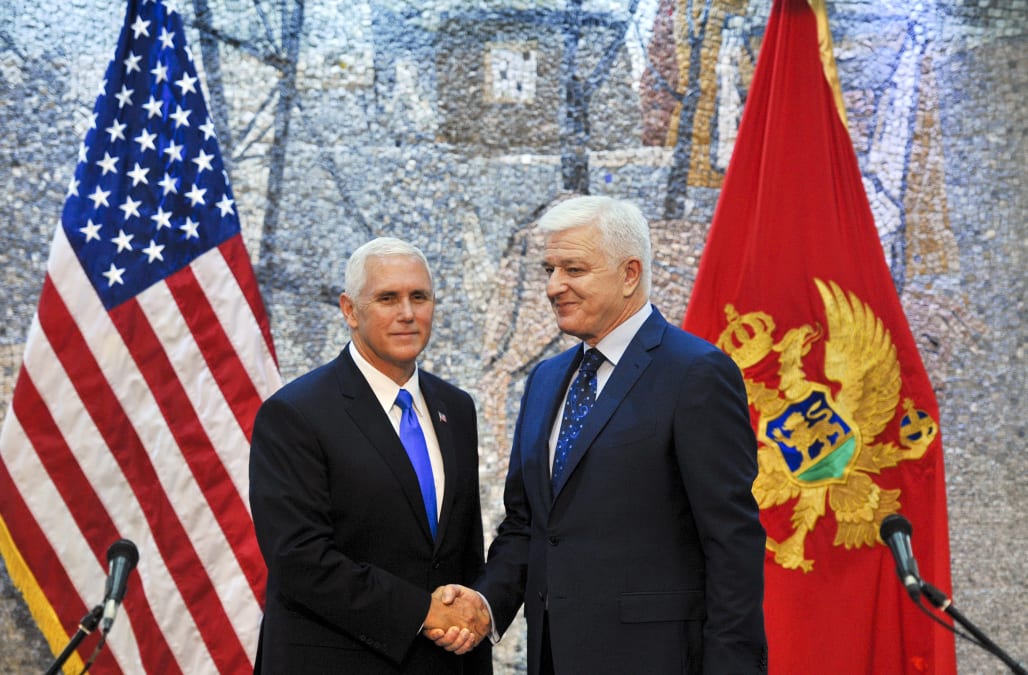 MOSCOW, Aug 3 (Reuters) - Accusations made by U.S. Vice President Mike Pence that Russia is working to divide the Balkans from the West are destabilizing southern Europe and expose Washington's Cold War mentality, the Russian Foreign Ministry said on Thursday.

Pence made the comments on Wednesday in Montenegro on the final leg of a tour designed to reassure Eastern Europe of Washington's commitment to its security despite doubts sowed by U.S. President Donald Trump's lukewarm support for NATO.

"It is regrettable to note that Washington is sliding ever deeper into the primitive ideology of the Cold War era, which is completely detached from reality," the ministry said.

It had called on the United States to stop defaming Russia and its foreign policy, which it said was based on respect for allies and a readiness to work with international partners, the ministry said in a statement.

Trump signed into law new sanctions against Russia on Wednesday, a move Moscow said amounted to a full-scale trade war and an end to hopes for better ties with the new U.S. administration.