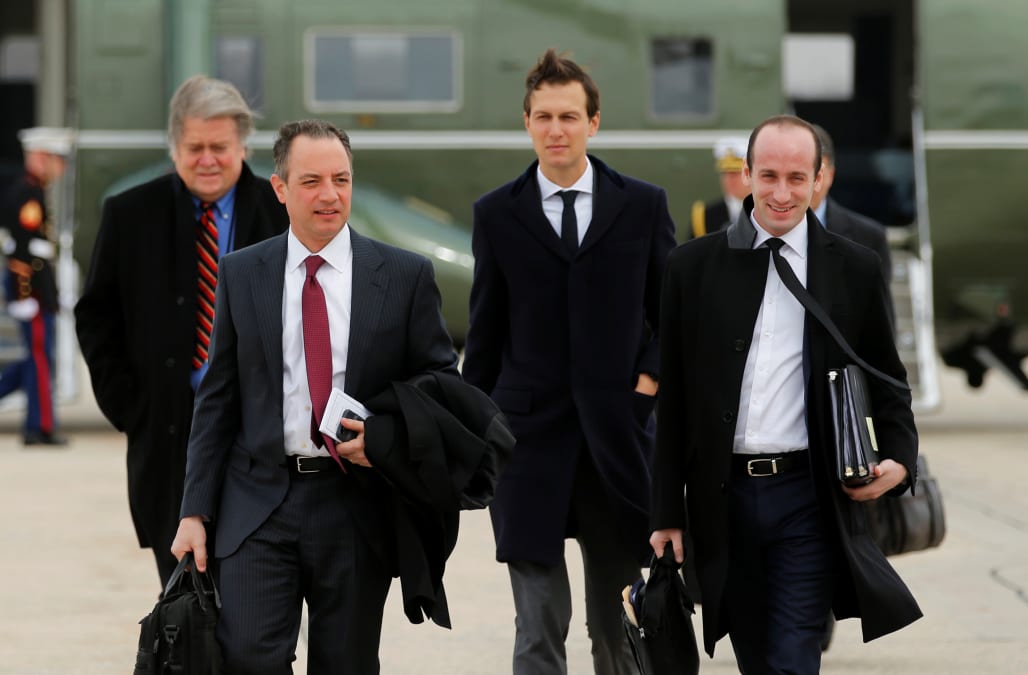 President Trump has a wide circle of influencers, advisers and counselors -- each with a unique role in aiding the U.S. leader in his position as commander in chief.

From those like Kellyanne Conway and Steve Bannon who are central to Trump's political identity, to others like Michael Flynn and Anthony Scaramucci whose roles have shifted (or fizzled out) -- each person operating in Trump's inner circle has the unique privilege of offering influence, advice or information to the president.

Click through to see members past and present of President Trump's inner circle: