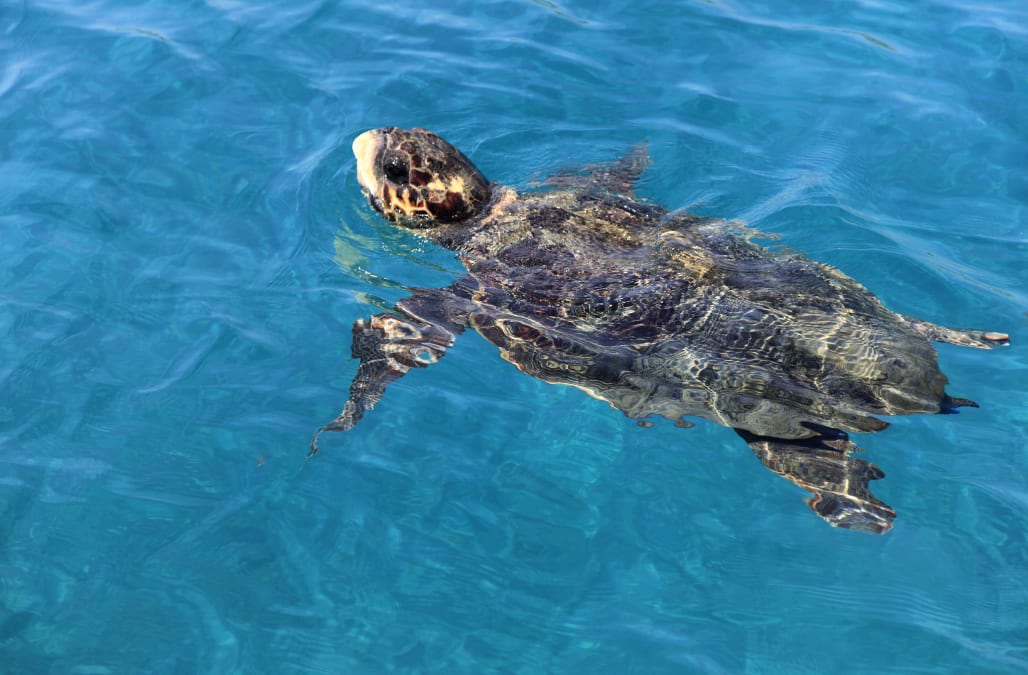 Imagine going on vacation, being three days late back to work and telling your boss it was because some turtles were making babies.

That's exactly what happened to some tourists in Greece.

Unfortunately, when they boarded the aircraft on Sunday, a wing flap was broken. They all deplaned and waited for the problem to be fixed.

On Monday, the plane was still broken. A replacement plane was going to be sent to transport the passengers, but that plan was foiled because of an island night curfew protecting mating loggerhead turtles.

Airplanes are not allowed to fly over the beach.

Since Zante is an island, this is unavoidable.

This left passengers stranded for three days. The airline did pay for their hotel and expenses, but that's small consolation for three days of frustration.

I wonder if this whole thing could have been avoided had EasyJet offered to have Marvin Gaye's "Let Get it On" playing from the plane as it flew over the mating turtles?

More from AOL.com:
Diver spots extremely rare megamouth shark off coast of Indonesia
Here's what you need to do with your pet amid an evacuation
Conservationists strive to protect Lebanon's sea turtles