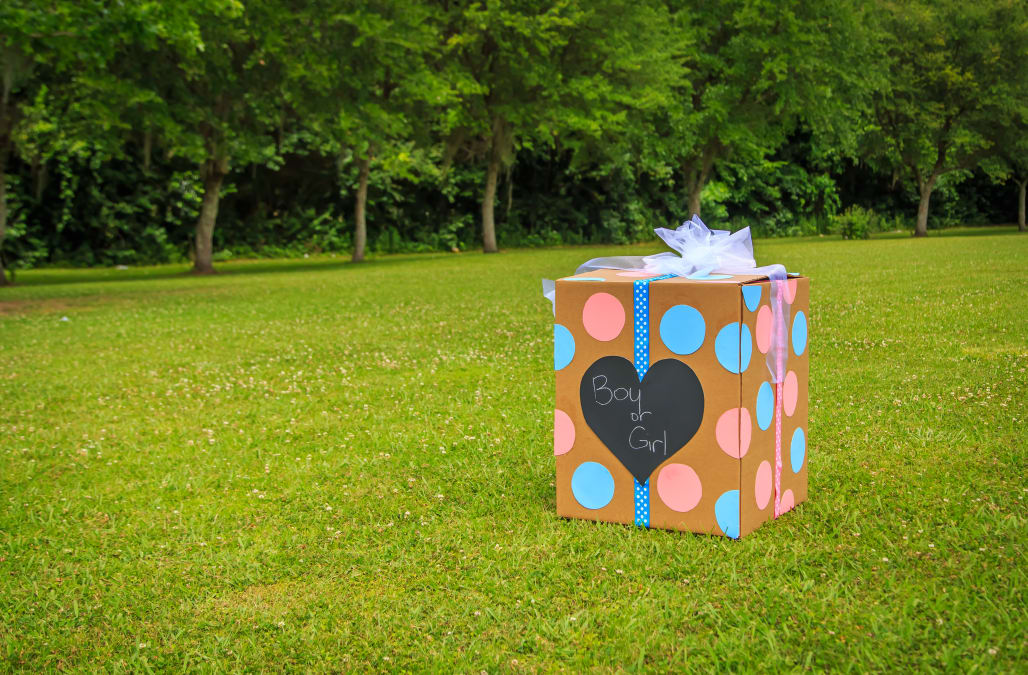 NEW ORLEANS (WGNO) -- When Eric Wilson and Brittany Taylor decided to throw a party to reveal the gender of their first baby, they knew they had to make it special.

Slicing into a cake to find pink or blue icing inside just wasn't going to cut it for this couple.

They wanted the big reveal to come in the form of one of the many unique local customs that make their hometown of New Orleans world famous.

They wanted a second line parade.

The couple turned to their friends in the Treme Sidewalk Steppers Social Aid and Pleasure Club to host the second line, which made its way through the streets of New Orleans East on July 30.

Friends and family showed up wearing pink or blue to show support for what they hoped would turn out to be the gender of the baby, but at the end of the parade, only one side could be correct.

More from AOL.com:
Parents capture moment they surprise daughters with their newly adopted baby sister
Trucker passes it on to family who adopted baby with special needs
Slain NYPD cop’s wife gives birth to their baby nearly 3 years after his death