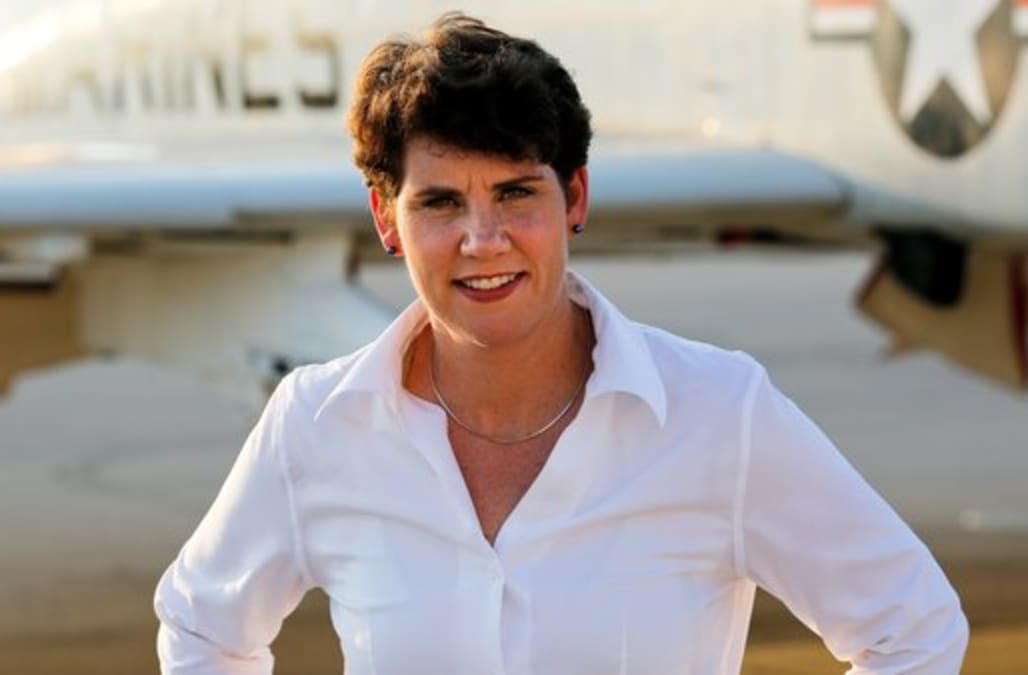 A Democrat from Kentucky is going viral after she released a video on Tuesday announcing her 2018 campaign for Congress.

And her recent announcement has begun to make headlines, garnering over one million views on Youtube in less than three days.

In her two-minute campaign video, McGrath, the first female Marine to operate an F-18 in a combat mission, makes a blistering attack on Barr and Kentucky Sen. Mitch McConnell, who she said "hand-picked" Barr for the seat back in 2013.

"This is my new mission: to take on a Congress full of career politicians who treat the people of Kentucky like they're disposable," McGrath said in the video.

The video begins with the veteran, who flew 89 missions, highlighting her military experience.

"When I was 12 years old, I knew exactly what I wanted to do when I grew up," McGrath says in the video. "I wanted to fly fighter jets and land on aircraft carriers because that's the toughest flying you can do."

She goes on to recount the time that she wrote a letter to her congressman in pursuit of her dreams and was told that it would be impossible for women to do such because they ought to "be protected and not allowed to serve in combat."

She recalled writing a letter to McConnell too, who she said she "never got a letter back from."

Directly addressing her opponent, McGrath, who said she plans to fight for health care reform, stated in the video, "Mr. Barr, my mom is a polio survivor who became one of the first women to graduate from UK Medical School. She persevered and ended up treating many of the same kind of people whose health care that you and Mr. McConnell would take away."

McGrath joins two other Democrats in her bid for the congressional seat -- Sen. Reggie Thomas and Geoff Young.

Check out her campaign video here: