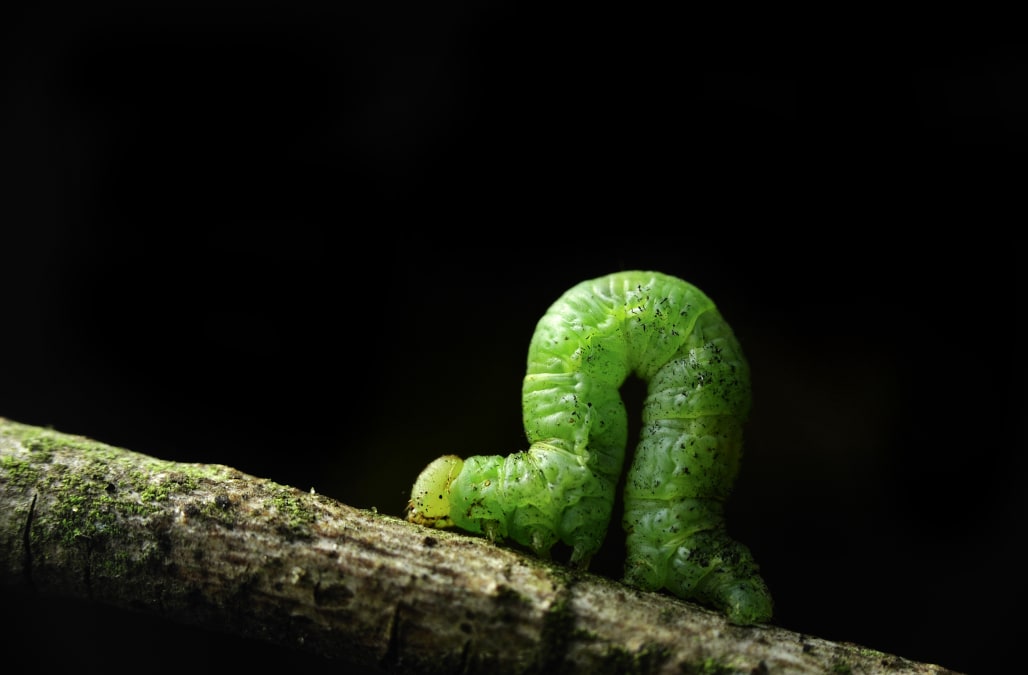 A strange thing is happening to caterpillars in the English countryside: they're exploding.

The oak eggar moth caterpillar in Lancashire, England, has been infected by a baculovirus. The virus makes the caterpillars climb to the top of plants, toward the sun.

This is not normal behavior. Usually the caterpillars are deep in the moss and undergrowth—away from birds and other predators. Once at the end of a branch, the caterpillar explodes when the baculovirus bursts out of its skin, looking to infect caterpillars below.

"It's like a zombie horror film," Chris Miller at the Lancashire Wildlife Trust, the wildlife charity that oversees the Winmarleigh Moss Nature Reserve, said in a statement.

The infected caterpillars climb because the baculovirus affects how they respond to light. Once in a higher-than-usual location, they die, leaving their skin behind.

The zombie takeover, however, isn't a new phenomenon. It's been recorded for years, but this appears to be the latest "outbreak."

WATCH: These worms may solve the plastic waste problem