Earth has already used up it's available resources for 2017 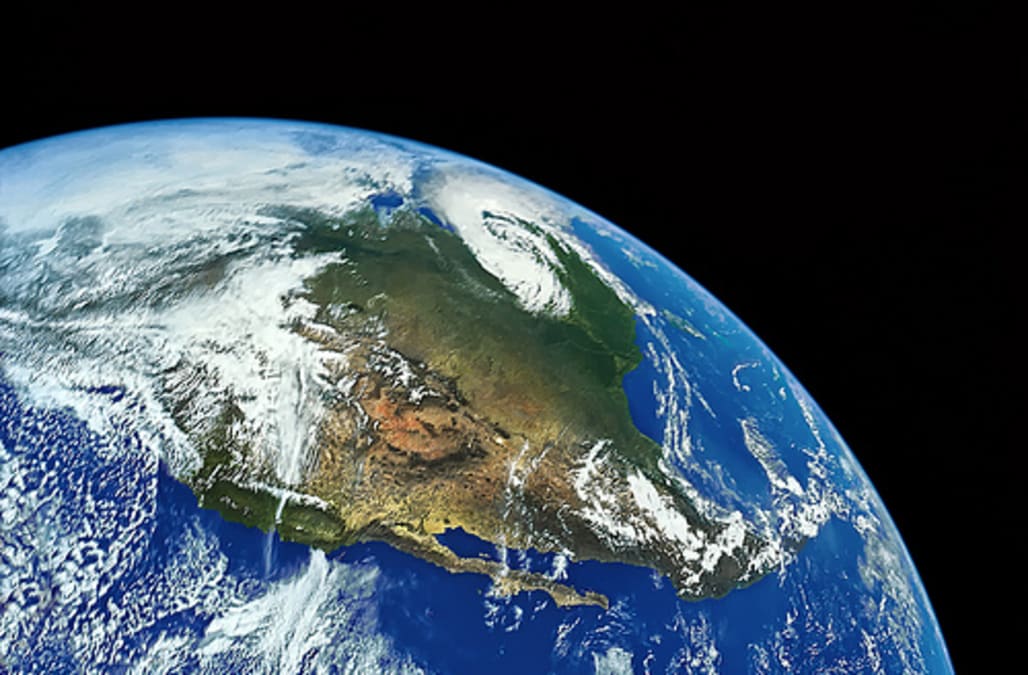 The World Wildlife Foundation says that as of August 2, we have used up our allowance of resources on Earth for the year of 2017.

This is known as Earth Overshoot Day and it has come earlier than ever before.

Earth has overused its resources since 1971 when it was recorded that the "Overshoot Day" was December 21st.

RELATED: Images from NASA on the largest batch of Earth-size, habitable zone planets

Images from NASA on the largest batch of Earth-size, habitable zone planets
This chart shows, on the top row, artist concepts of the seven planets of TRAPPIST-1 with their orbital periods, distances from their star, radii and masses as compared to those of Earth. On the bottom row, the same numbers are displayed for the bodies of our inner solar system: Mercury, Venus, Earth and Mars. The TRAPPIST-1 planets orbit their star extremely closely, with periods ranging from 1.5 to only about 20 days. This is much shorter than the period of Mercury, which orbits our sun in about 88 days.
This poster imagines what a trip to TRAPPIST-1e might be like.
This artist's concept allows us to imagine what it would be like to stand on the surface of the exoplanet TRAPPIST-1f, located in the TRAPPIST-1 system in the constellation Aquarius.
This data plot shows infrared observations by NASAs Spitzer Space Telescope of a system of seven planets orbiting TRAPPIST-1, an ultracool dwarf star. Over 21 days, Spitzer measured the drop in light as each planet passed in front of the star. Spitzer was able to identify a total of seven rocky worlds, including three in the habitable zone where liquid water might be found.
The TRAPPIST-1 system contains a total of seven planets, all around the size of Earth. Three of them -- TRAPPIST-1e, f and g -- dwell in their star’s so-called “habitable zone.” The habitable zone, or Goldilocks zone, is a band around every star (shown here in green) where astronomers have calculated that temperatures are just right -- not too hot, not too cold -- for liquid water to pool on the surface of an Earth-like world.

This artist's concept appeared on the February 23rd, 2017 cover of the journal Nature announcing that the TRAPPIST-1 star, an ultra-cool dwarf, has seven Earth-size planets orbiting it. Any of these planets could have liquid water on them. Planets that are farther from the star are more likely to have significant amounts of ice, especially on the side that faces away from the star.

And although the rate that the day has moved backward has decreased in recent years, we are still devouring resources at 1.7 times faster that they can be regenerated.

Newsweek says that carbon emissions are the main cause, making up 60 percent of man's ecological footprint.

And some countries are worse than others. We would need 5.2 Earths to keep up with a number of resources Australia uses. With the United States not very far behind.

Duplicate and feather one earth to make it a half, then have that half disappear so that there is only one earth and move it to the center

The WWF hopes to move Earth Overshoot Day back 4.5 days every year, which if we can do, means we will be using one Earth's worth of resources by 2050.

More from AOL.com:
Earth faces 'biological annihilation' as scientists warn of sixth mass extinction
There's a 95 percent chance the world will warm beyond a crucial tipping point — here's what that means
Toddler hospitalized with E. coli after swimming in lake