Eye-opening photos of kids going to school around the world 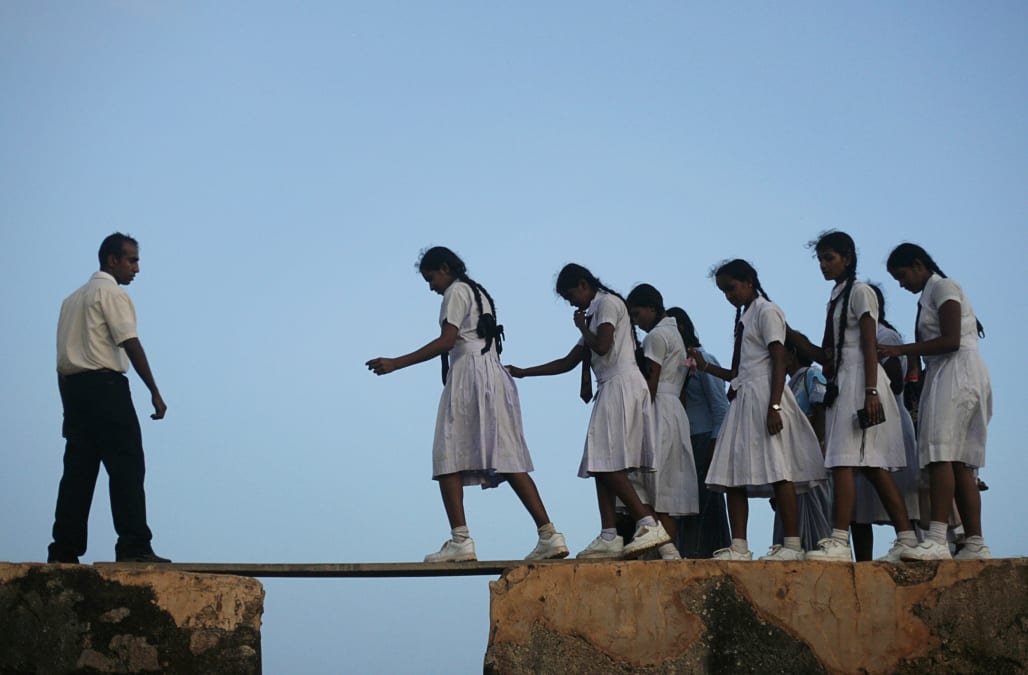 In the United States, the site of a yellow bus bouncing down the road is practically synonymous with school.

But in other parts of the world, the trek to school looks much different.

Some kids in the Philippines step through knee-deep rocky waters to get to class, while students in Japan pass Geiger counters tracking local radiation levels.

Here's what early-morning commutes to school look like around the world.

SEE ALSO: 26 crazy pictures of micro-apartments around the world