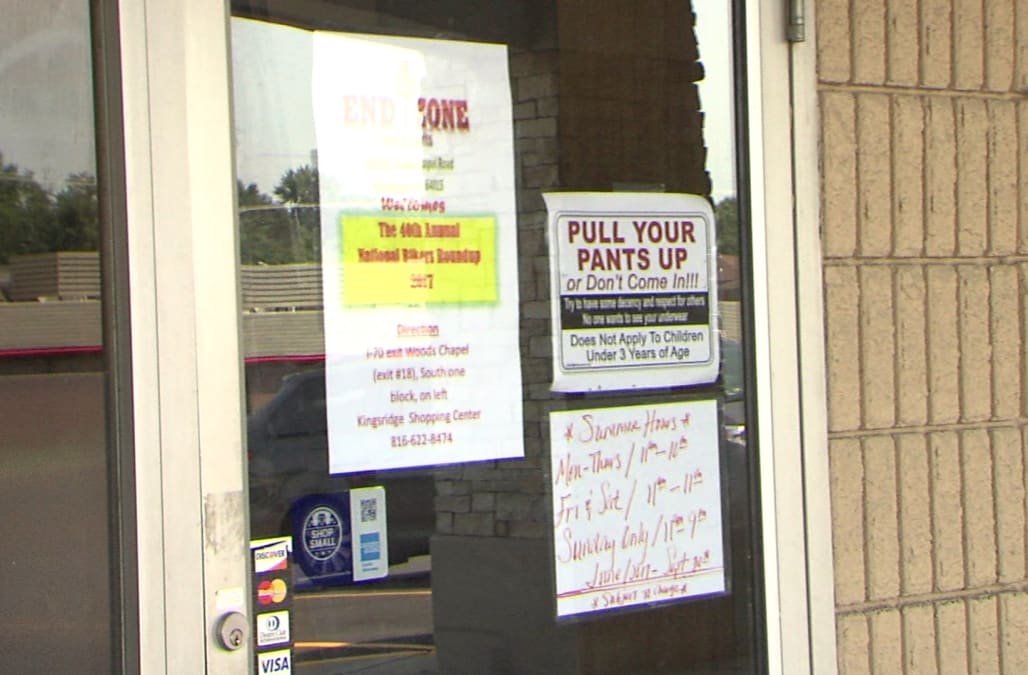 BLUE SPRINGS, Mo. (WDAF) -- Old habits die hard and it didn't take long after Jarron Mabin's father bought End Zone Wine and Spirits in 2014, to catch on he caught onto this unpleasant trend.

So in an effort to stop the problem at the door, this sign went up and quickly caught the attention of customers and other patrons.

"We've seen it all from people laughing at and walking with their pants down still to people actually pulling their pants up at the door when they are walking into the store and pulling them back down when they go back out," Mabin said.

"[The sign] represents what a lot of people feel so I think you should just pull them up. Sometimes they are so far down that they are to their knees and that's a bit much to me," Karey Brantley, a supporter of the sign, said.

The sign's message came as an uplifting surprise to Lena Falkner, a mother of two.

"You wouldn't think because it's a liquor store that it would stand for much or take a stand so I think is what gets people's attention. They have standards and you should too no matter where you are going," she said.

It's a message that Mabin hopes his customers will embrace outside of the store.

"Society doesn't fully accept pants saggin' down. It's not a good look for anybody, any age, any color, so I think it's a positive message to anyone who wants to see it. Pull your pants up is just a respect thing for elderly people and for young people," Mabin said.