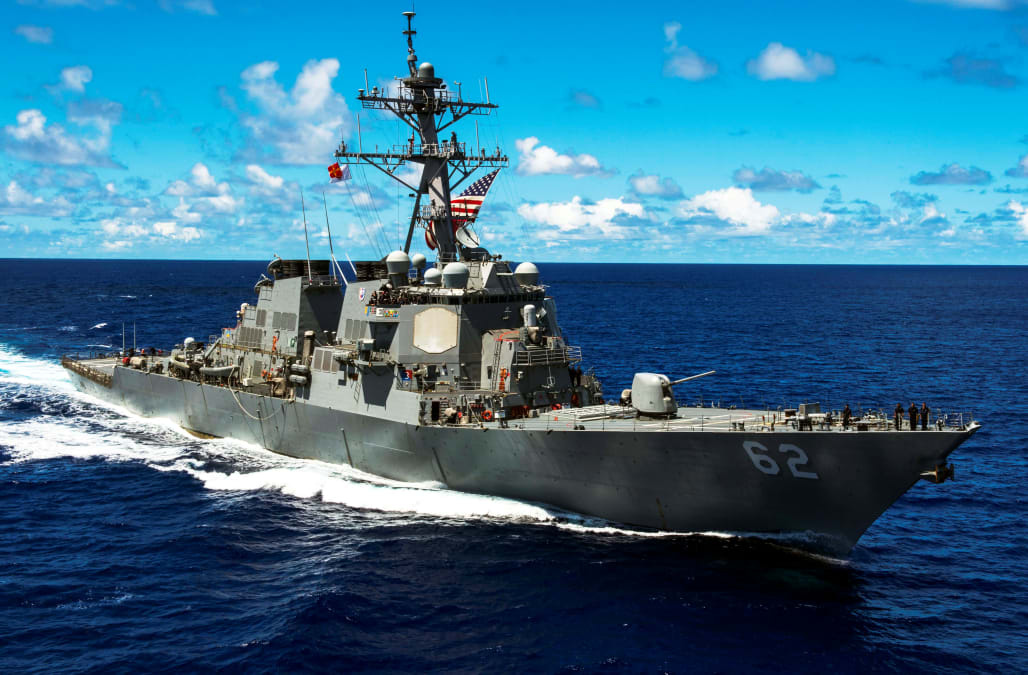 A U.S. Navy sailor has presumably gone missing from the USS Stetham somewhere in the waters of the South China Sea, Defense News reported Tuesday.

The guided-missile destroyer reported a man overboard at around 9 a.m. local time, according to Military.com. US and Japanese ships are currently assisting in the search-and-rescue effort.

The search for a missing sailor is the third for the Navy since June. A sailor fell from the USS Normandy on June 6 and was later presumed dead after an extensive search. Another from the USS Shiloh, thought to have fallen overboard and presumed dead just days after the previous incident, was later found to be hiding in the ship's engine room.

The Navy did not release the name of the Stetham sailor since recovery efforts are still underway.

The Stetham is homeported in Yokosuka, Japan.