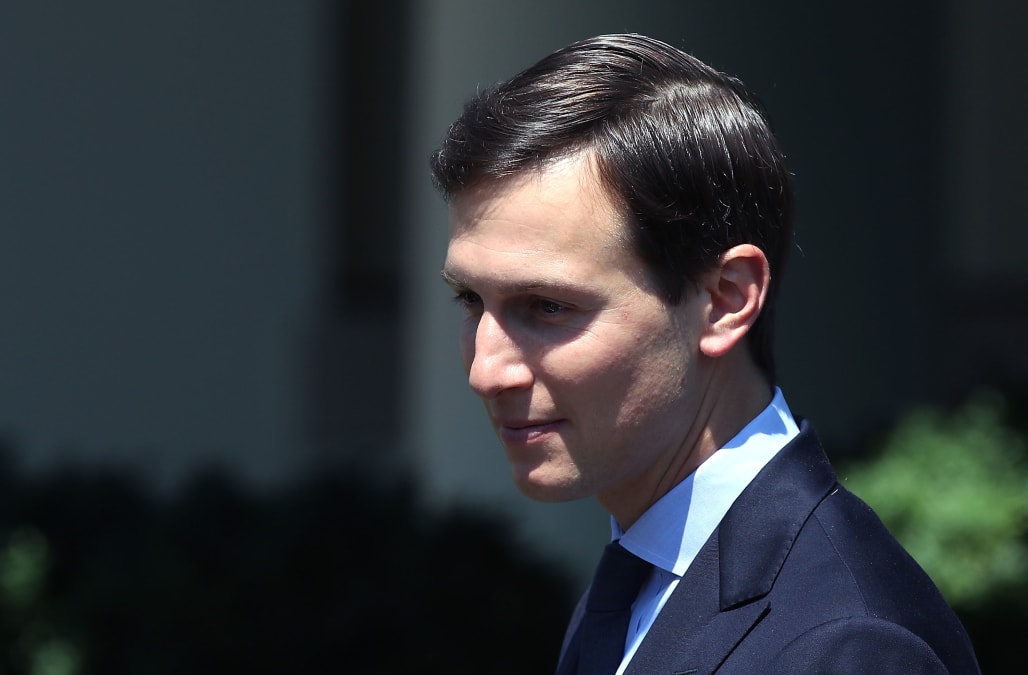 President Trump is said to have told a team from the Wall Street Journal that his son-in-law and senior adviser Jared Kushner was a "good boy."

Politico reported the story after obtaining a transcript of the July 25 interview with Trump, the Journal's editor-in-chief Gerard Baker and others from the publication.

According to Politico, the president and his daughter Ivanka, who had stopped by at some point, were complimenting Baker on a recent editorial the Journal had published about Kushner releasing a disclosure statement ahead of his testimony about Russia.

RELATED: Jared Kushner with Donald Trump through the years

The referred to the move from Kushner as "a useful precedent for the Trump Presidency."

After the president told Baker he "did a good job," Trump then said of Kushner, "He's a good — he's a good boy."

It's not the first time Trump has expressed support for his son-in-law; earlier that morning, he had tweeted, "Jared Kushner did very well yesterday in proving he did not collude with the Russians. Witch Hunt."