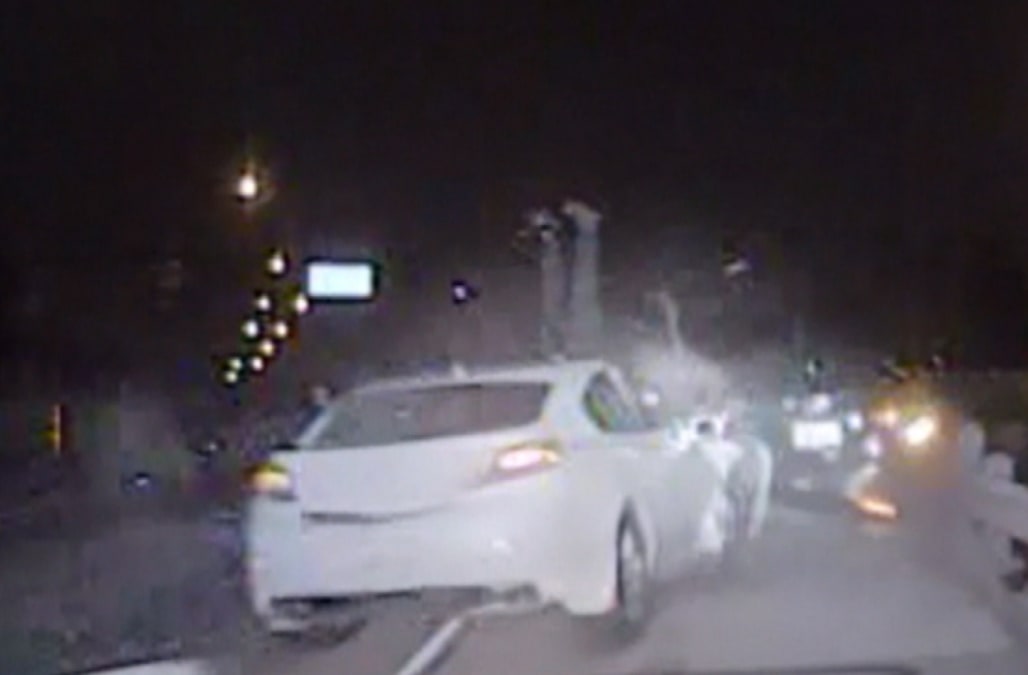 A routine traffic stop in Texas went horribly wrong after a cop was struck by a suspected drunk driver.

Police Officer Matt Lesell was tossed into the air like a rag doll on July 7 when he was hit from behind after stopping a motorist in Fort Worth last month.

Footage of the horrific 3 a.m. incident on a dark highway was released this week. Officer Lesell is thanking his lucky stars after surviving the hit.

"I ended up flying in the air and landing about 20 feet from where I was originally standing," he told Inside Edition. "I am amazed that the injuries I received were not worse."

In the video, Officer Lesell can be seen lying on the highway and dazed for a moment. Remarkably, he gets up and makes his way to the side of the road.

Lesell has a gash on his forehead, one of the many injuries he sustained when the car slammed into him.

"I had a massive concussion, multiple abrasions from being hit by the car along with a fractured vertebrae," he said.

"I've made thousands of stops without incident. You never know when this is gonna happen."

The man who struck the officer, Mike Mitchell, 34, was latest arrested and has been charged with intoxication assault causing serious bodily injury to a police officer, a second-degree felony, according to Tarrant County court records.