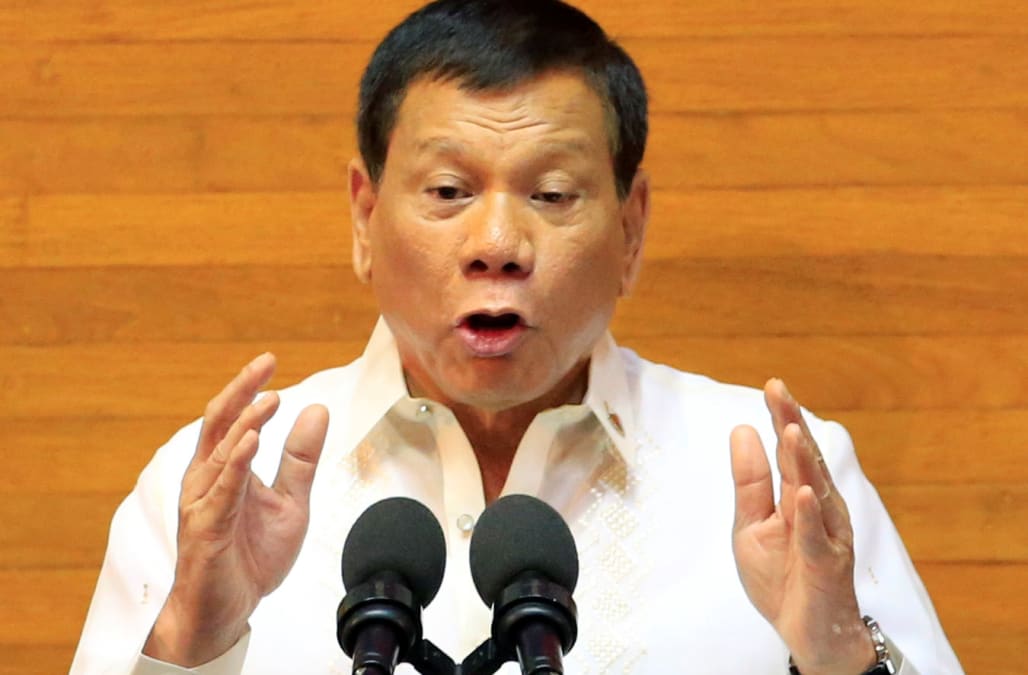 Duterte held nothing back in rebuking Kim for "playing with dangerous toys", setting the stage for next week's rare get-together, to be attended by foreign ministers of all the countries involved in the standoff on the Korean peninsula.

North Korea is determined to develop a nuclear-tipped missile capable of hitting the United States and officials in Washington said Saturday's test of an intercontinental ballistic missile showed it may be able to reach most of the country.

"This Kim Jong Un, a fool ... he is playing with dangerous toys, that fool," Duterte told tax officials in a speech.

"That chubby face that looks kind. That son of a b***h. If he commits a mistake, the Far East will become an arid land. It must be stopped, this nuclear war.

"A limited confrontation and it blows up here, I will tell you, the fallout can deplete the soil, the resources and I don't know what will happen to us."

This year, Duterte is chairman of the Association of South East Asian Nations (ASEAN) and on Monday his foreign minister will host the ASEAN Regional Forum, which brings together 27 countries that include Australia, China, India, Japan, Russia, North and South Korea and the United States.

It was not the first time Duterte has criticized Kim over his nuclear ambitions. In April he questioned his sanity and urged the United States to show restraint and not be baited by a man who "wants to end the world".

U.S. Secretary of State Rex Tillerson, who is due to attend the Manila meeting, on Tuesday said he wanted dialogue with North Korea at some point, stressing it was not the enemy and the United States did not seek to topple the regime.