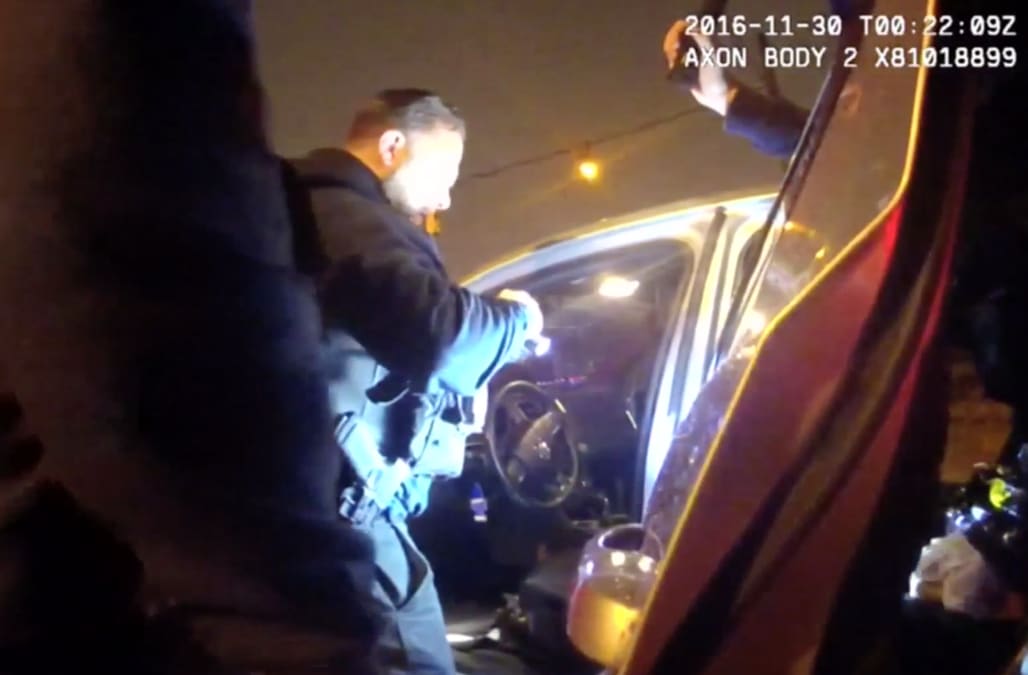 The Baltimore public defender's office has obtained body camera videos it said showed several police officers planting drugs in a man's car during a traffic stop, the second such episode to emerge from the city in as many weeks.

One of the videos published this week show an officer searching around the driver's seat for about a minute but finding nothing after a traffic stop on Nov. 29 last year. Two others recorded about 20 minutes later show another officer searching the same area.

"Did anybody check this compartment?" the second officer can be heard saying in the footage, moments before emerging with a black plastic bag. "Oh here you go," he says. "Oh yeah. That's the weed smell right there."

The videos were released by the lawyer of one of two people in the car who were arrested on drugs charges. The charges were dropped on Monday, the Baltimore Sun said.

Last month the city's public defender released video of a separate incident involving different officers which appeared to show one of them leaving a small bag of capsules in a trash-strewn yard. He then walks to the sidewalk, turns on his camera, returns to the yard and appears to discover the drugs. The body cameras used in Baltimore record silent footage of the 30 seconds preceding the camera's activation.

Charges against the man arrested in that earlier case were dropped, and state prosecutors began examining about 123 other cases involving the three officers.

Forty one of those cases have been thrown out so far because they relied heavily on the officers' credibility, state prosecutors in Baltimore said.

Davis also released other videos that he said raised the possibility the officers were not planting drugs, but instead wrongly staged cleaner reshoots of an earlier narcotics discovery.

After the new videos emerged this week, Davis wrote to officers reminding them of the rules for using the cameras, which some officers started wearing last year.

The Baltimore public defender's office did not respond to questions on Wednesday.

More from AOL.com:
HIV-positive coach charged with abusing dozens of schoolboys
Body of Texas woman found buried on popular Maryland beach
Mother claims she murdered her 6-year-old daughter to save her from 'the aliens in her body'