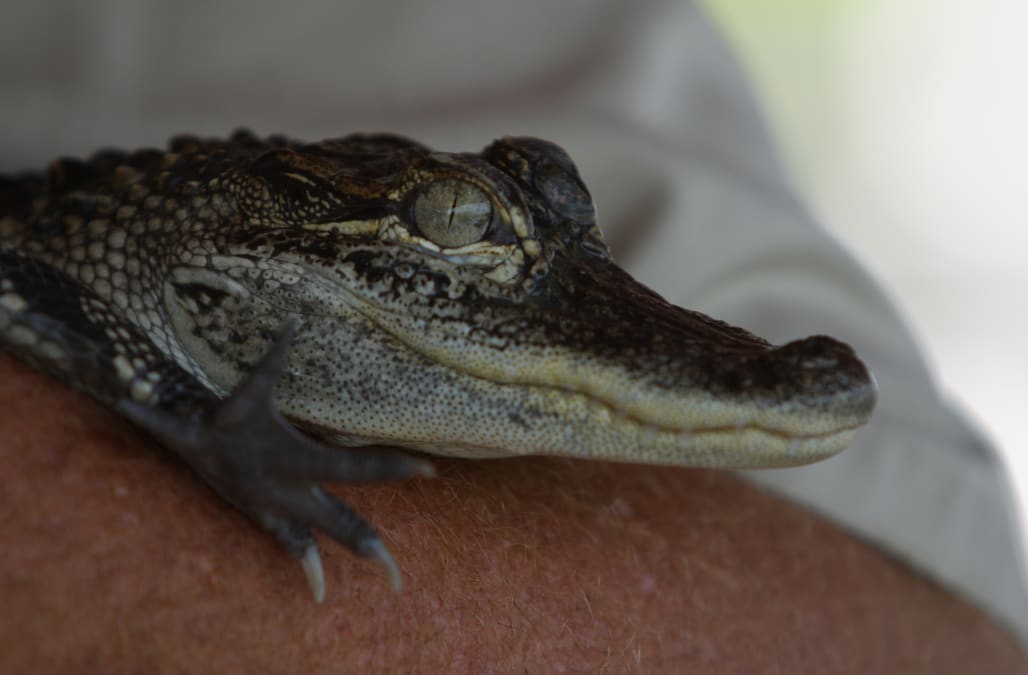 A disturbing video originally posted to Snapchat shows a group of friends in Philadelphia forcing a small alligator to drink alcohol and smoke a cigarette.

In the footage, a person is holding the small gator by its tail and forcefully pouring a bottle of what appears to be beer down its throat as his friends laugh. In another shot, the alligator is dangling from its tail again with a burning cigarette in its mouth.

At one point, someone in the background yells, "Do it for State!"

"How are me and my friends not internet famous yet?" another person can be heard asking.

RELATED: A Florida police department shared a video of one of their officers going up against an alligator

While no official charges have been filed, a criminal investigation has reportedly been launched. Additionally, the Pennsylvania Society for the Prevention of Cruelty to Animals has announced that they will also investigate the video with the goal of identifying the men responsible.

"We want to find out who these individuals are," the group's director of humane law enforcement Nicole Wilson said. "It happens too often. There are too many times we see this kind of cruelty."

While authorities look into the matter, FOX 29 is reporting that the video was taken in the basement of the Bustleton home where one of the men involved lives, additionally claiming that he is the son of a Philadelphia police detective. Those claims have not yet been confirmed.

RELATED: Two idiots are in trouble after they forced a baby gator to chug a brewski on Snapchat

More from Rare:
Baseball's best fight ever was more like an MMA match as Nolan Ryan beat up Robin Ventura
Insane footage shows giant waves crashing into a cruise ship while he just looks out the window
The brutal obituary for an 82-year-old mom written by "my sisters" has a son at a loss for words