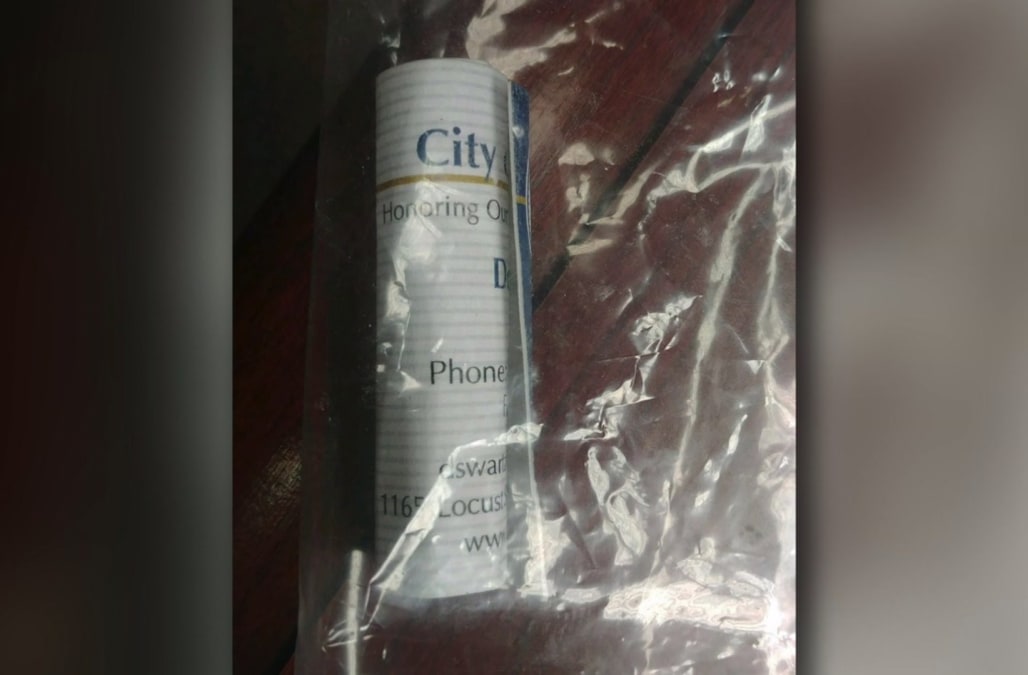 A man discovered his roommate passed out in her bedroom on Sunday. Police said the man found white powder on the bathroom counter and scooped it up with hands.

He took the substance and other paraphernalia, along with the 47-year-old woman to the police station. According to police, the woman admitted snorting heroin. She even rolled up the police chief's business card to ingest the dangerous opioid.

Swartz had been at the home days prior about another issue and wrote contact information on the business card.

The police chief posted a warning on the department's Facebook page.

"There is a message I would like to spread to everyone today. Heroin users are walking amongst us in the thousands and dropping like flies. Libraries, public bathrooms, parks, in vehicles at intersections, and even sidewalks are common scenes where heroin addicts are collapsing the very second after ingesting this drug. It is very important NOT to do what this household member did today, and that is touch this drug. Fentanyl is 50 to 100 times more potent than morphine and just a quarter of a milligram, which is just a few granules, can kill you. Carfentanil, which has reared its ugly head in Canal Fulton a few times, is much, much worse."

The woman was not arrested. Instead, she was given the option to seek treatment. The Stark County Prosecutor's Office will charge her with drug possession, if she does not comply within 30 days.

Swartz encouraged people with a loved one battling addiction to visit the Stark County Mental Health and Addiction Recovery website. Read the chief's entire post below:

47 year old female was arrested who is believed to have used the Canal Fulton Police Chief’s business card to snort...