US State Department may remove 'democracy promotion' from mission statement 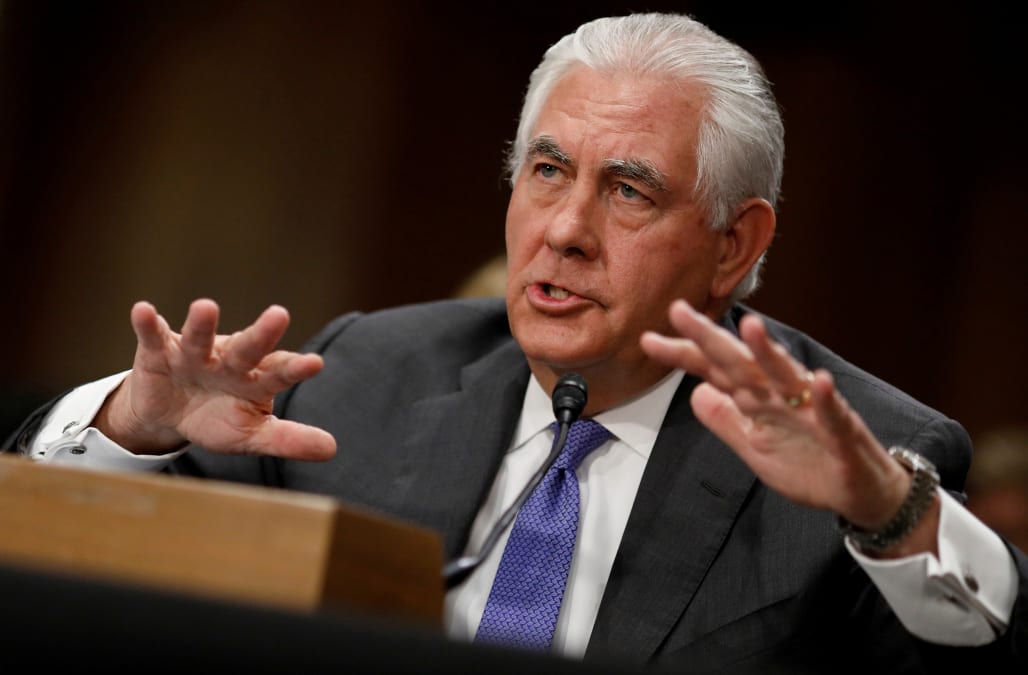 The State Department may be looking to remove the promotion of democracy from its mission statement, according to the Washington Post, as part of Secretary of State Rex Tillerson's efforts to overhaul the agency.

On Friday, the State Department sent an email to employees with a draft of the agency's statement which did not contain any language regarding the "promotion of democracy".

Click through images of Rex Tillerson through his career:

"The Department's mission is to shape and sustain a peaceful, prosperous, just, and democratic world and foster conditions for stability and progress for the benefit of the American people and people everywhere."

A former official of the Bush Administration, Elliot Abrams told the Washington Post that the removal of the words make a big difference.

He said "That change is a serious mistake that ought to be corrected," "If not, the message being sent will be a great comfort to every dictator in the world."

According to the Post, since taking office, President Trump hasn't made promoting democracy and human rights a high priority.

However, draft statements are still under review and have not been finalized.