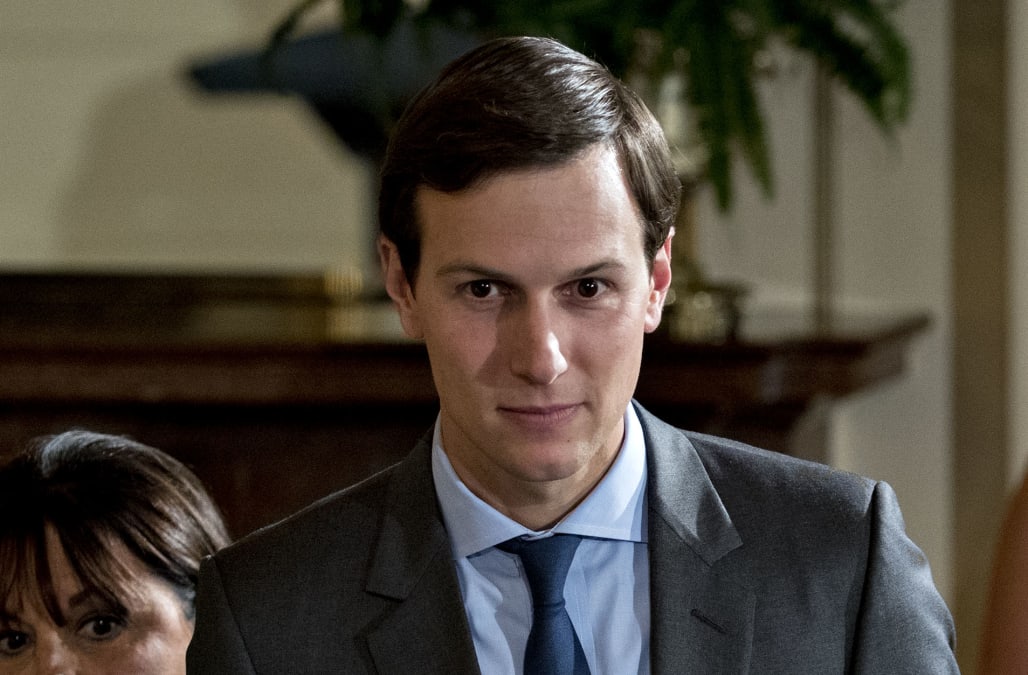 Jared Kushner spoke to congressional interns during an off-the-record summer series on Monday, and may have shared some insider information on how he negotiates with the Middle East.

A recording of Kushner's Q&A session with interns obtained by WIRED reveals answers the adviser gave relative to his handling peace talks between the Israelis and the Palestinians -- including a moment where he offered the admission that "there may be no solution" regarding the Middle East conflict.

In his White House role, Kushner has been tasked with spearheading Middle East peace negotiations, revamping the government's technology systems and looking at criminal justice reform and the opioid crisis as well. The Middle East, though, has been Kushner's most publicly time-consuming duty -- and has sent him to Iraq, Ramallah and Jerusalem since January.

"This town is full of leakers and everyone knows who they are, and no one trusts them," Patru said. "If someone in your office has asked you to break our protocol and give you a recording so they can leak it, as a manager, that bothers me at my core."

Kushner discussed in detail the U.S.'s dealings in working with Israel and Palestine after two Israeli guards were killed at the Temple Mount in Jerusalem. Kushner noted Israeli Prime Minister Benjamin Netanyahu got "beaten up" in the press after metal detectors were placed at the entrance -- which he referred to as "not an irrational thing to do."

"So ultimately we were able to work with them, and we were able to get the Israelis to take down to the different forms of surveillance that the Jordanians were okay with," Kushner revealed. "And we talked with the Palestinians the whole time to try to get their viewpoint on it."

Here are a few highlights from the transcript of Jared Kushner's remarks WIRED provided:

"...I think you need to be able to probe people in private for them to have the confidence that it's not going to be used against them, and that it's not going to leak out in the press, which would be very, very hurtful. That's been a big advantage, which has allowed us to really have a lot of very interesting conversations."

"So, what do we offer that's unique? I don't know... I'm sure everyone that's tried this has been unique in some ways, but again we're trying to follow very logically. We're thinking about what the right end state is. And we're trying to work with the parties very quietly to see if there's a solution. And there may be no solution, but it's one of the problem sets that the president asked us to focus on. So we're going to focus on it and try to come to the right conclusion in the near future."

"...These things are very, very combustible, and very, very delicate in terms of how you can do, but I think the fact that all these conversations were all done in quiet and nothing leaked out [unintelligible]. But I think we were able to keep things quiet. But I mean, any day something could happen."