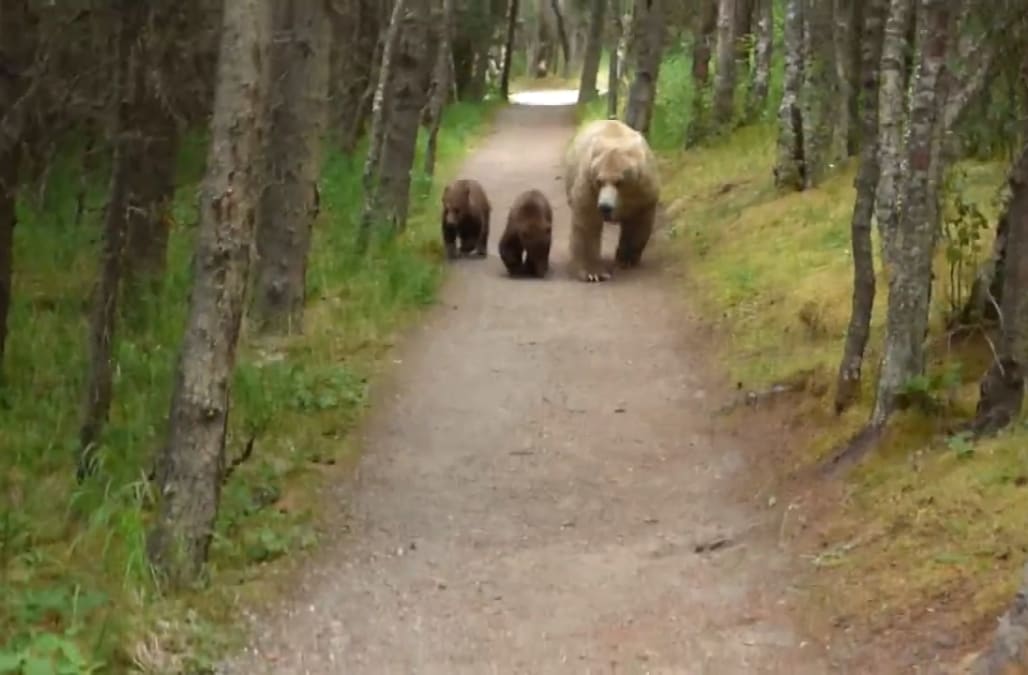 A hiker in Alaska kept his cell phone camera rolling as he was stalked along a trail by a mother grizzly bear and her two cubs.

Read: Black Bear Naps on Man's Doorstep While Taking Shelter From the Rain

Most people would be paralyzed by fear but not 74-year-old Geoffrey Glassner, who recently visited Katmai National Park when the bears began following him.

Glassner remained calm as the bears kept pace behind him.

He hoped the grizzly family would turn off the trail, but they just kept coming. The cubs just wouldn't stop and, of course, their protective mother was close behind.

"The cubs were out in front of mom and I was interested in them," he told Inside Edition. "My biggest fear was that they would get close to me and mama bear thought I was a threat and would attack me."

Read: How Zoo Animals Are Beating the Heat This Summer

In the end, what the bears were really looking for was a spot to cool off and once they found a river, they left the hiker alone.

"Most times they will turn around and walk away but there is always a possibility they will charge you," he said.

Experts advise that anytime you're in an area where bears might be present, carry bear spray capable of spraying at least 7 seconds in a minimum of 30 feet.