21 of the most beautiful places of worship around the world 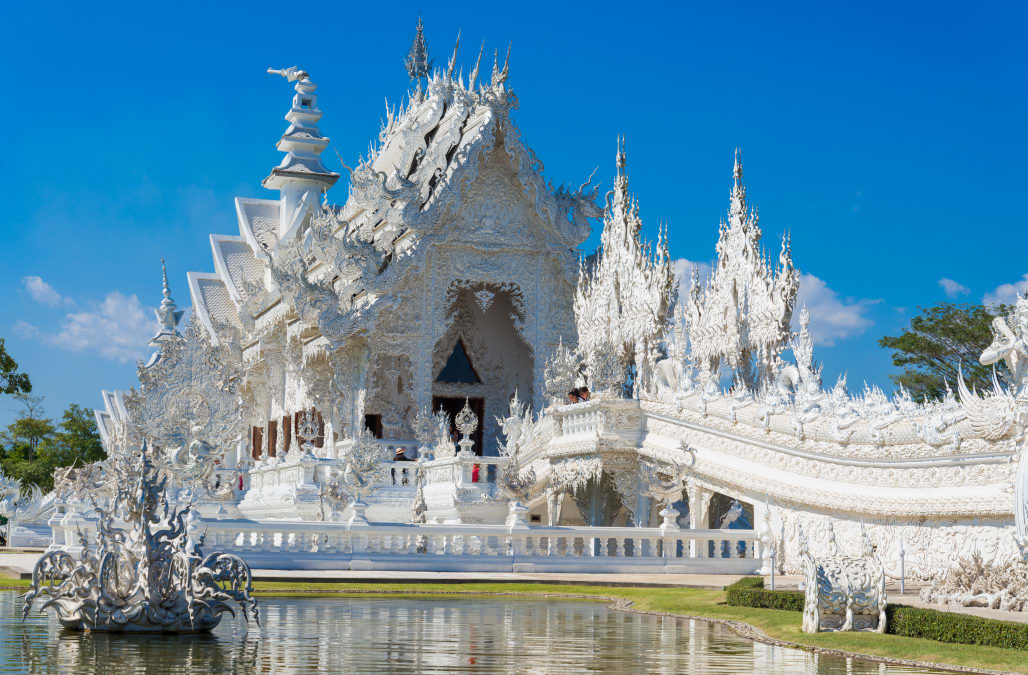 It should only make sense the structures that house those beliefs are equally magnificent.

Here are some of the most beautiful places people visit to worship.

The most beautiful places of worship around the world

The most iconic places of worship are the towering palaces that loom over their surrounding landscapes, like the Hazrat Sultan Mosque, widely considered a jewel in Kazakhstan's capital city of Astana.

... and the Sultanahmet Mosque, which can be found in Istanbul, Turkey. The mosque is home to more than 20,000 handmade tiles.

The Park Plaza Synagogue in Chicago recently got a revamped exterior that adds some modern flourishes to the space.

The Golden Temple in Amritsar, India is a stunning structure that seems to have been dropped right in the middle of the Amritsar river.

As does the Taktsang Palphug Monastery, which is tucked away on a rockface in Bhutan's Paro Valley.

The Las Lajas Sanctuary in Narino, Colombia also looks like it defies gravity.

And sometimes our eyes can't comprehend what they see. Here's the Basilica Sagrada Familia in Barcelona, Spain, designed by modernist architect Antoni Gaudí.

Or Montreal's Notre-Dame Basilica, with its warm, golden interior.

In Onomichi, Japan, couples frequently turn to the Ribbon Chapel for their wedding ceremonies — and understandably so.

Moscow's St. Basil's Cathedral delivers a more traditional sense of awe with its colorful swirling peaks. The structure almost seems to be made of candy.

The Russian Monastery of St. George is actually located in Götschendorf, Germany​. But it looks like it could find a home in Russia all the same.

Iceland's Hallgrímskirkja, with its glowing, golden exterior, radiates some warmth into the cold Nordic climate.

Similarly, in Mecca's Grand Mosque, Muslims orbit the holy structure by the tens of thousands. It's part of the faith's annual pilgrimage, known as Hajj. More than eight million people visited in a 10-day span for Ramadan in 2015.

Frenzied as some rituals may be, however, some places of worship — like the Cardedeu in El Salvador — bring faith back to a calmer place of reflection and serenity.

Wat Rong Khun, better known as the aptly-named White Temple, serves as a dual art exhibit and meditation site. The artist behind the renovation expects repairs to last until the late 21st century.

The Chapel of St. Benedict and St. Scholastica, situated in Pambujan, Philippines, is a simple, colorful structure that accommodates parishioners under a wide-open sky.

SEE ALSO: 30 architectural masterpieces everyone should see in their lifetime