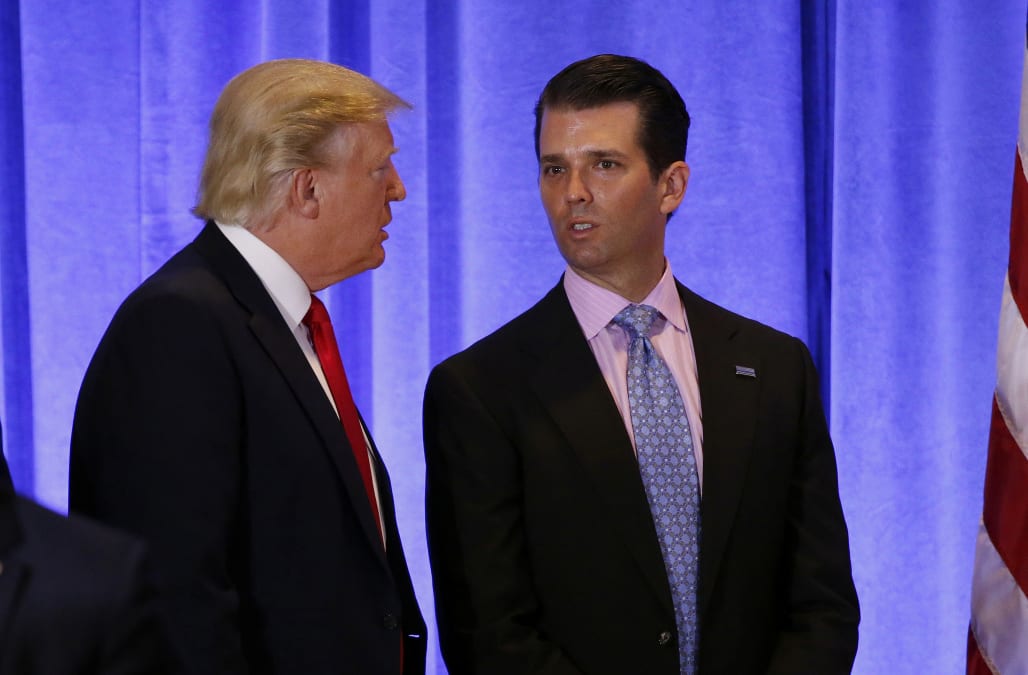 WASHINGTON, July 31 (Reuters) - U.S. President Donald Trump dictated a statement, later shown to be misleading, in which his son Donald Trump Jr. said a meeting he had with a Russian lawyer in June 2016 was not related to his father's presidential campaign, the Washington Post reported on Monday.

Trump Jr. released emails earlier in July that showed he eagerly agreed last year to meet a woman he was told was a Russian government lawyer who might have damaging information about Democratic presidential candidate Hillary Clinton as part of Moscow's official support for his father. The New York Times was first to report the meeting.

The Washington Post said Trump advisers discussed the new disclosure and agreed that Trump Jr. should issue a truthful account of the episode so that it "couldn't be repudiated later if the full details emerged."

The president, who was flying home from Germany on July 8, changed the plan and "personally dictated a statement in which Trump Jr. said he and the Russian lawyer had 'primarily discussed a program about the adoption of Russian children,'" the Post said, citing unnamed people with knowledge of the deliberations.

It said the statement, issued to the New York Times as it prepared to publish the story, emphasized that the subject of the meeting was "not a campaign issue at the time."

An attorney for Trump, Jay Sekulow, issued a statement in response to the Post report: "Apart from being of no consequence, the characterizations are misinformed, inaccurate, and not pertinent."

The White House did not immediately respond to a Reuters request for comment on the Post story, nor did Trump Jr.'s attorney, Alan Futerfas.

U.S. investigators are probing whether there was collusion between the Kremlin and Trump's Republican presidential campaign.

U.S. intelligence agencies have concluded that Moscow sought to hurt Clinton and help Trump in the 2016 election. Russia denies any interference, and Trump has denied collusion with Russia.

The president applauded his son's "transparency" after he released the email exchanges on July 11.

"It remains unclear exactly how much the president knew at the time of the flight about Trump Jr.'s meeting," the Washington Post said.

David Sklansky, a professor of criminal law at Stanford Law School, said that if Trump, as reported by the Post, helped craft a misleading public statement about the meeting, he may have bolstered a potential obstruction of justice case against himself.

To build a criminal obstruction of justice case, federal law requires prosecutors to show that a person acted with "corrupt" intent. A misleading public statement could be used as evidence of corrupt intent, Sklansky said.

"Lying usually isn't a crime," he said. But "it could be relevant in determining whether something else the president did, like firing (former FBI Director James) Comey, was done corruptly."