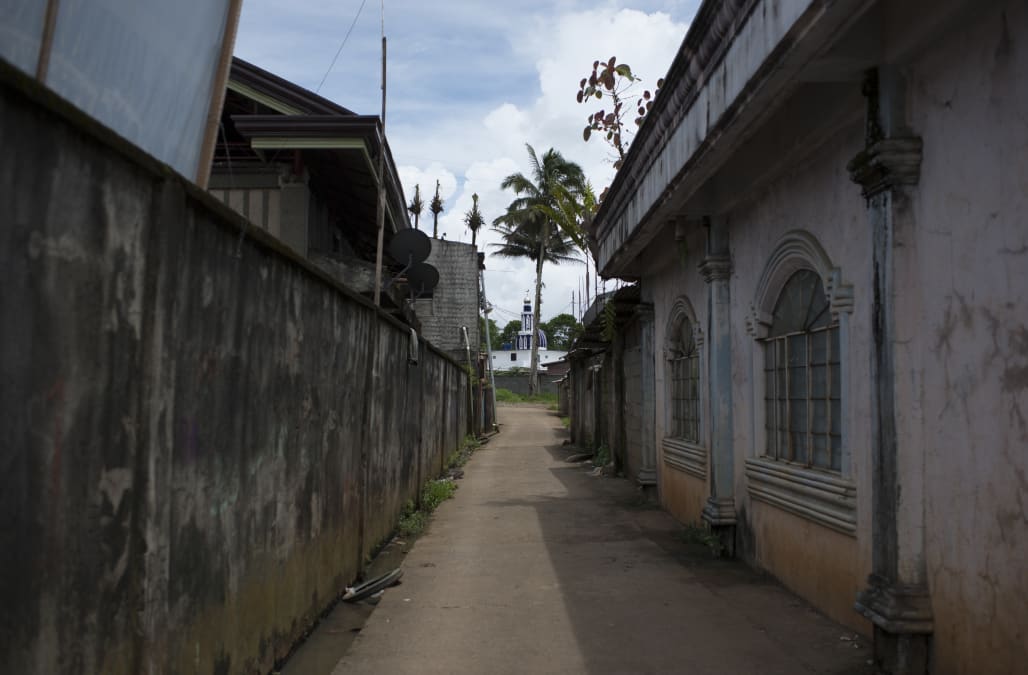 MANILA, July 31 (Reuters) - Philippine security forces found seven headless bodies on Monday believed to be the victims of kidnappings in two towns on the southern island of Basilan, a stronghold of the pro-Islamic State Abu Sayyaf group, police said.

The military said the victims did not belong to a group of 23 captives being held for ransom by Abu Sayyaf, about a dozen of whom are foreign sailors seized from cargo ships and slow-moving barges in the Sulu Sea.

The bodies were identified by the clothes the victims had been wearing when they were taken and identity cards found on them, police said.

They were abducted at gunpoint two weeks ago by a man called Furiji Indama, a sub-commander of Isnilon Hapilon, the so-called Southeast Asian "emir" of the Islamic State group, who had been motivated by anger at damage to his rubber plantation, regional police spokeswoman Tara Leah Cuyco said.

"He suspected these men to be among chainsaw operators who destroyed his rubber trees," Cuyco she. "He ordered them kidnapped and their houses burned down."

The military has been struggling to wipe out Abu Sayyaf, a small, violent group known for extortion, piracy and kidnapping.

Some of its more radical, Islamist members are among those who joined Hapilon to fight alongside another rebel movement, the Maute Group, when it seized parts of Marawi City on the main island of Mindanao on May 23.

The military is still trying to retake the city, where 600 people have been killed and 400,000 displaced in a siege that has become the biggest internal security crisis in years, and fanned fears that Islamic State's ideology could be spreading.

The army says it has pushed about 60 remaining rebels into a roughly 1-sq-km area in Marawi City, but is taking a measured approach to protect an estimated 100 hostages and 200 trapped residents feared to be held there. (Reporting by Manuel Mogato; Editing by Martin Petty and Alex Richardson)

More from AOL.com:
Rescued from Islamic State, Yazidi boy longs to rejoin mother in Canada
Photographer tells the story behind the tear gas scene from Jerusalem's 'Day of Rage'
US general says North Korea military engagement would be 'horrific'