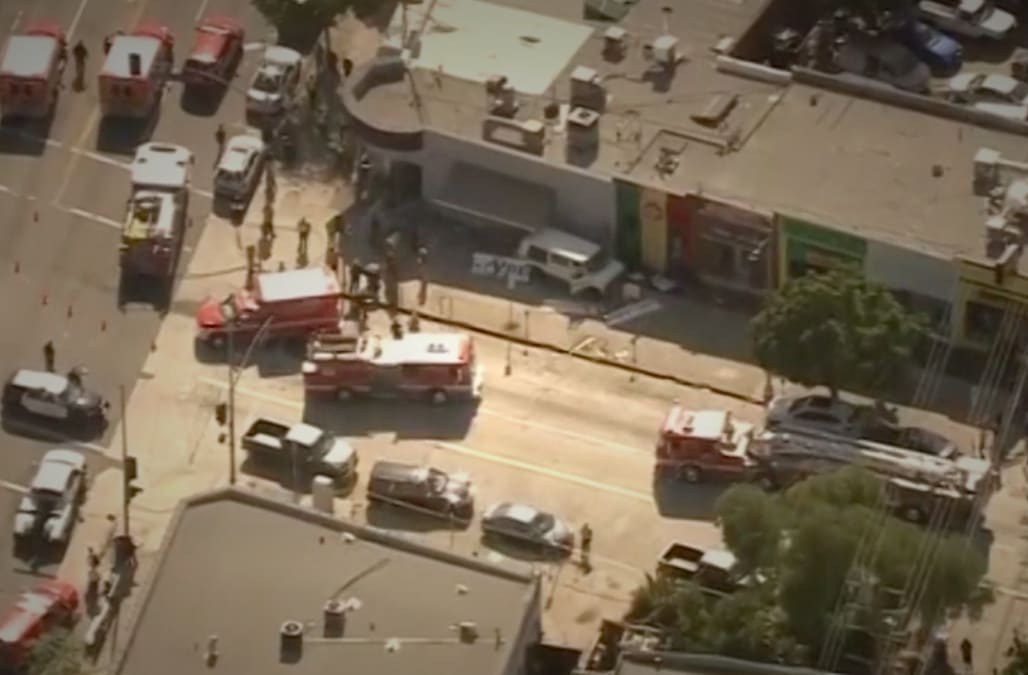 July 30 (Reuters) - Nine people were injured, one critically, in Los Angeles on Sunday when a van that collided with a pickup truck jumped the curb and slammed into an outdoor dining area, authorities said, calling it a "complete accident."

Eight people were transported to hospitals after the incident on West Pico Boulevard, the Los Angeles Fire Department said on Twitter. A ninth person, an off-duty Los Angeles firefighter, was hurt but did not need to be taken to a hospital, it said.

The incident bore initial similarities to vehicle attacks by Islamist militants in Europe and Israel. Last month, a man drove a van into a crowd of worshippers leaving a London mosque.

Los Angeles' fire department said a 44-year-old man was in critical condition. Three people were seriously injured, and four were in fair condition, with the ages of the seven ranging from 18 to 51, it said.

(Reporting by Ian Simpson in Washington; Editing by Peter Cooney)