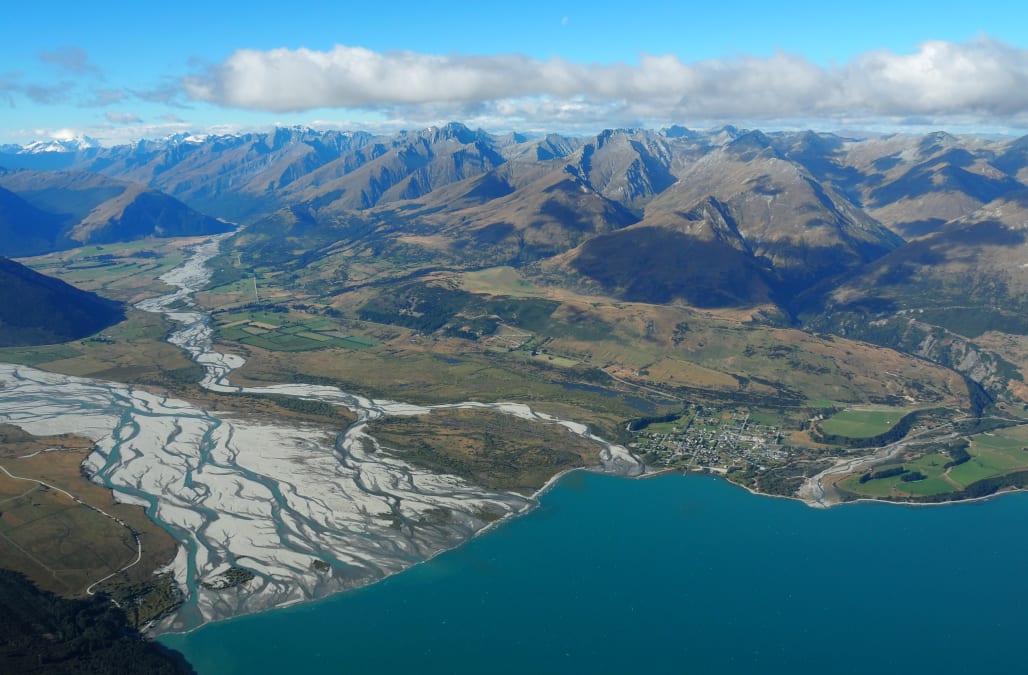 Every year on Easter in the Otago region of New Zealand, people gather to shoot thousands of bunnies. A police officer is on hand, not to arrest the hunters but rather to spur them on. This is the annual Easter bunny hunt, and by the time the day is done there will be literal piles of rabbit carcasses.

In bunny lore, this is a ritualistic massacre. In human terms, it's a culling. New Zealand is overrun with rabbits, and those adorable bun-buns you may have seen perched atop sheep are no exception.

We're not used to thinking of something as cute as bunny rabbits as being severe pests. Deer, maybe, but they're not the kind of creature you want to snuggle up to. Everyone wants to hold a sweet lil bunny. Not in New Zealand, though. Rabbits are, like most mammals on the island, very real threats to the ecosystem. So are possums, deer, rats, hedgehogs, ferrets, goats, cats, and stoats, which are possibly the cutest rodents in existence. Given the threat they pose, the New Zealand government has vowed to wipe them from the islands by 2050, which feels far away until you realize how hard it must be to track down every last rat in existence. Sure, it's easy to spread poison all over a field and get almost all of them, but what about when it's just a few?

Eradication might seem a tad extreme to you, a lover of all things adorable. You almost certainly live in a country where mammals have always been a crucial part of the ecosystem. New Zealand isn't like that. Heck, human beings didn't even arrive there until around 1300, and European settlers didn't come barging in until the mid-1600s. The first people, Eastern Polynesians who would become the Maori, brought a kind of rat and domesticated dogs with them. It wasn't until Europeans brought all manner of other mammals that the ecosystem really took a hit.

See, New Zealand's ecosystem didn't evolve with any of these animals. Before humans showed, it was a land of birds, reptiles, and insects. Bats are only endemic mammals outside of the ocean. It's an island nation far enough away from any other landmass that mammals simply couldn't get to it. If it couldn't swim or fly there, it wasn't there before people arrived.

A lot of the invasive species came over before we really understood how much damage a foreign creature could cause. The early settlers probably didn't realize what they were doing by releasing all those rabbits onto this brand new island. Possums were meant for food and fur. Deer got introduced as game animals. But when the bunny population grew out of hand, they maybe should have thought twice about introducing more invasive species to handle the problem. If there are too many of a species that has no natural predator, bringing in an animal that itself has no natural predators to eat the first species is probably going to end badly. And it did. The official policy of introducing weasels, ferrets, and stoats to control the rabbit population was not only an ineffective way of getting rid of the bun-buns, it just gave the government three more invasive species that multiplied rapidly.

Stoats are the number one threat to the famous kiwi bird. Between stoats and the other bird-hunting mammals, 51 species of bird have disappeared from the islands. There are half as many vertebrate species in New Zealand today as there were when humans first arrived. Invasive mammals eat insects and birds that previously had no predators and thus have no defense against their new hunters. Hedgehogs eat bird eggs. Ferrets eat the chicks. And those that stick to herbivorous diets wreak havoc on the plants themselves. Feral goats chomp and tamp down fields of native plants that used to sway free.

Tens of thousands of New Zealand's species of flora and fauna exist nowhere else on Earth. And the bunnies are part of the problem. Adorably riding on sheep or not, they gotta go.

More from Popular Science:
There may be something weird going on with Western men's sperm
Why scientists are racing to uncover the Greenland shark's secrets
The world's water quality might be in trouble