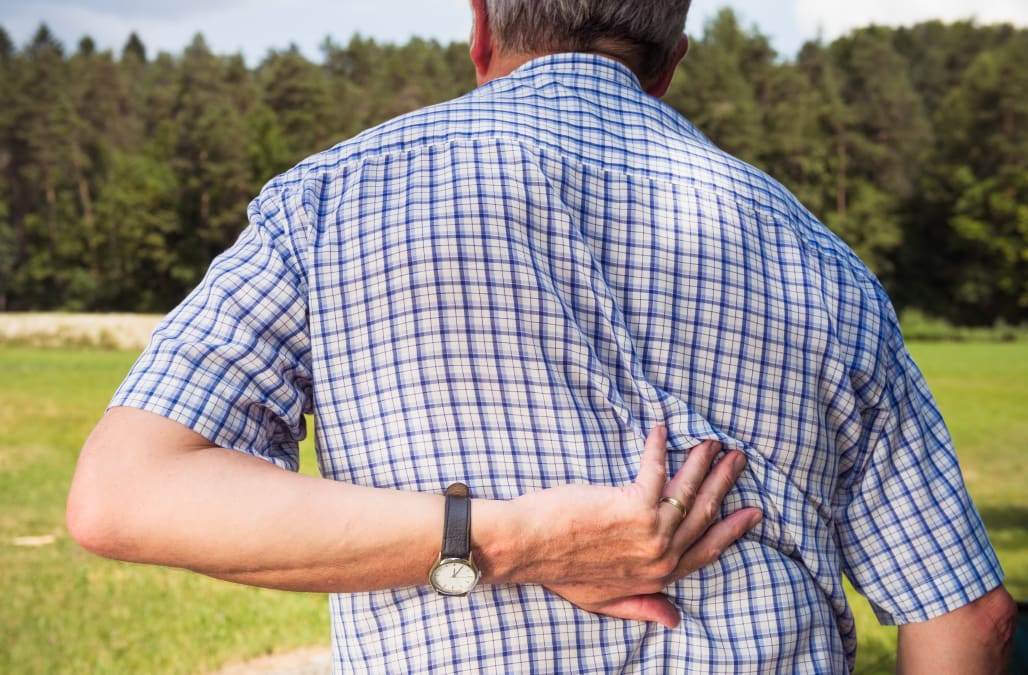 (Reuters Health) - People with severe symptoms of chronic fatigue syndrome have a molecular signature in their blood made up of 17 immune system signaling molecules that are elevated, which may provide insight into how inflammation contributes to the mysterious condition.

Inflammation is the immune system’s response to injuries and illnesses. The study identified variations in molecules known as cytokines that are responsible for sending messages and sounding an alarm, including several that can trigger inflammation.

SEE ALSO: Why your muscles hurt so much the day after you work out

Chronic fatigue syndrome can involve years of crippling pain and exhaustion, but is a controversial diagnosis because patients can’t take a test to prove they have it. The current study results build on earlier experiments linking inflammation to the condition and might one day help create a blood test to diagnose it or lead to effective treatments, researchers say.

“What is at stake here is ‘proof of concept’ that this disease is real,” said lead study author Dr. Jose G. Montoya of Stanford University School of Medicine in California.

“Patients have been humiliated, ostracized, and ignored,” Montoya said by email.

Millions of people worldwide, including more than 1 million in the U.S. alone, suffer from chronic fatigue syndrome, the researchers note in the Proceedings of the National Academy of Sciences.

Doctors may diagnose the condition, also called myalgic encephalomyelitis, when people have at least six months of debilitating fatigue that can’t be explained by other causes and make it difficult for them to keep up with school, work or social activities. Symptoms can appear in different combinations and intensities and may include sleep problems, cognitive impairment, fever, sore throat, or sensitivity to noise, light or certain foods.

The National Academy of Medicine recently proposed a new name for the condition, systemic exertion intolerance disease (SEID), because of its hallmark symptom of crushing fatigue after any kind of exertion, the authors note.

Many, but not all, chronic fatigue syndrome patients experience flu-like symptoms common in diseases caused by inflammation, they add.

For the current study, researchers examined blood samples from 192 patients with chronic fatigue syndrome and a control group of 392 healthy people.

Moves a Personal Trainer Thinks Are a Waste of Time

You might consider them the gold standard of ab exercises, but regular old floor crunches are a big waste of time. “The crunch (lying on the floor, knees bent, hands behind your head and slowly lifting your shoulders and head off the floor) may be easy on your lower back, but it doesn’t engage much abdominal muscle,” says Adams. Instead of crunching your time away and not seeing a stronger, flatter stomach, he suggests doing planks instead. “There are dozens of variations and all of them engage more muscle than your traditional crunch.”

To reap maximum benefit during an exercise, you need to be able to control and move your body through its range of motion—especially unilaterally (i.e., each side moves independent of the other). “The Smith Machine doesn't allow for your right and left sides to work independently and takes away the need to balance or make body adjustments during a squat,” says Adams. “This greatly reduces the amount of muscle used during a squat.” Instead of squats on a Smith Machine, he suggests performing free-weight squats or squats with dumbbells. “These will challenge your body’s position and allow you to use larger amounts of muscle to perform the movement.”

“I see this one on a daily basis in the gym,” says Adams. “Folks stand with dumbbells in their hands and bend endlessly side to side. If your goal is a thicker middle, then this is the exercise for you!” Um, nope. Doing side bends can thicken your obliques (aka those muscles between your ribs and hips on the side of your body) and make your waistline look larger. Additionally, this move puts stress on your lower back. Instead, Adams suggests using a single cable pulley to perform a high-pulley cable side bend. “This uses way more muscle than side bends, puts less strain on the low back, requires constant stabilization, especially from your core and legs and doesn’t thicken your waist.” Win, win, win.

Holding a bar across your shoulders and twisting side-to-side to trim down your waist might seem like a good move, but since there’s no resistance, Adams says you’re basically just burning a few calories and wearing out your lower back. “Since the motion is initiated by your shoulders and chest, it’s difficult to engage the abdominals to work during this movement.” A better movement to trim down your waistline? A side plank with a hip drop. “This is a simple move requiring lots of spinal stabilization, arm initiation and a lot more muscle than endlessly twisting a broomstick,” he says.

Adams points out that since the bar hits your chest before your pecs reach a full stretch, you don’t recruit a lot of the lower pec muscle fibers while doing this move. You have heavy weights on the bar and a very short range of motion—so basically, a recipe for injury. “Instead of using a barbell, perform the same movement with dumbbells,” he suggests. “The dumbbells track to your sides as you press, so you don’t have to worry about a bar hitting your chest limiting your movement.” He also recommends changing the angles of your dumbbells as you move them. “This really helps you feel the lower pecs and recruits way more muscle.”

While this move does have its place in a good lifting routine, Adams says there are much better exercises. “Leg presses are simple to perform: Load up the machine with large plates, sit down and push your feet on the platform. While you can traditionally use a lot of weight, your body doesn’t have to use any stabilizing muscles and overall development is low,” he says. “Also, the large amount of weight usually necessary to really ‘feel’ this exercise leads to an increased risk of injury.” Instead of being that annoying person with all the plates, grunting and groaning through a movement that gives little return, Adams suggests grabbing a single dumbbell, as heavy as you can handle, and performing a goblet squat. “This recruits the glutes a lot more and requires your entire body to stabilize throughout the movement.”

This move, along with the adductor machines, is pretty foolproof, which is why so many people wind up using it. But while it’s popular, it can easily be replaced by one single movement that will work your entire lower body. “Leg movements should be functional and use all of your lower body, not just isolating your inner or outer thighs,” Adams says. “Work your thighs and the rest of your lower body all at the same time with a weighted side lunge.” The extra weight held at your shoulders also will force your arms, shoulders and abs to work to keep the weight still. Bam, you’ve just transformed your kind-of-effective move into a full-body workout.

One protein in particular, tumor growth factor beta (TGF-beta), was higher in patients with chronic fatigue syndrome than in the healthy controls, while another protein, resistin was lower.

However, the study team also found that the concentrations of 17 of the 51 cytokines they examined were associated with disease severity. Thirteen of those 17 cytokines are pro-inflammatory, the authors note.

Taken together, the findings build on previous research demonstrating that chronic fatigue syndrome is a real illness, and not something patients make up or experience only for psychological reasons, experts say.

“Many people with (chronic fatigue syndrome) report that their illness began with symptoms associated with a typical respiratory infection including fever, sore throat, swollen lymph nodes, muscle weakness and fatigue, but the clinical course was atypical and they never fully recovered,” said Dr. Ian Lipkin, a researcher at the Mailman School of Public Health at Columbia University in New York.

“Many of these symptoms can be explained by circulating immune system molecules described by Montoya and colleagues in this paper, as well as by others who have reported similar findings,” Lipkin, who wasn’t involved in the study, said by email.

The development of a biomarker such as a diagnostic blood test for chronic fatigue syndrome would be a major advance in understanding the condition and treating it, said Dr. Shaheen Lakhan, a neurology researcher at California University of Science and Medicine in San Bernardino who wasn’t involved in the study.

“We currently do not have such a test,” Lakhan said by email. “Not only will it permit objective diagnosis, it may guide new drug development and be used to monitor disease activity and responsiveness to treatments.”