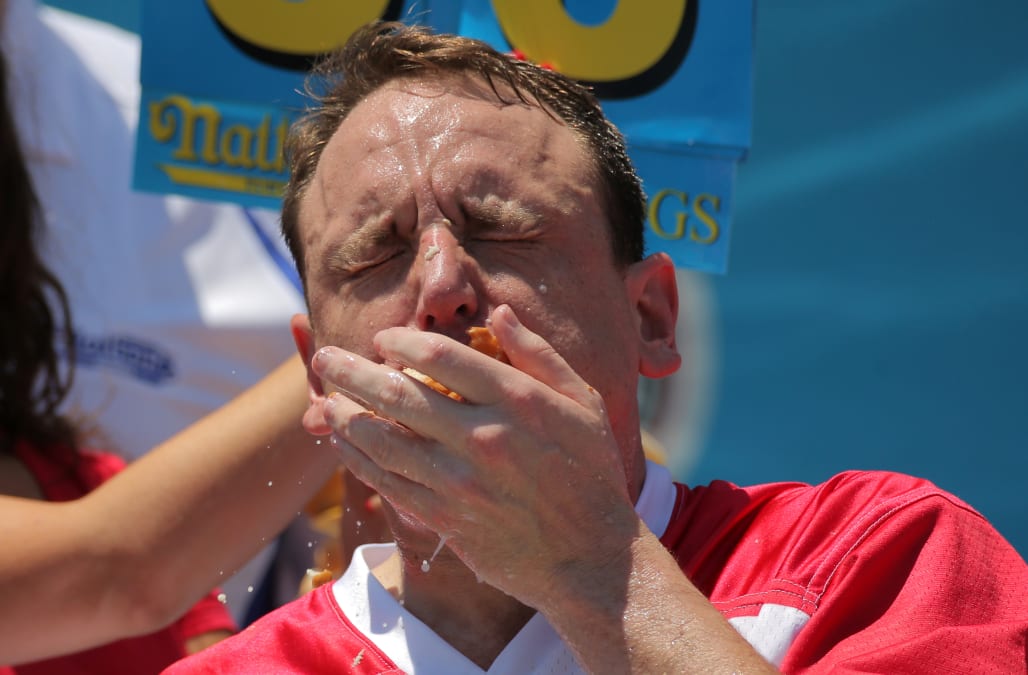 Think you could eat close to 100 tacos in eight minutes?

His name should sound familiar since he's the same guy who always wins the annual Nathan's Hot Dog Eating Contest on July 4th in Coney Island.

The West Coast event brought out the top competitive eaters in the world, but they were no match for Joey "Jaws" Chestnut.

One girl gave it her all, but Chestnut kept chowing down to earn the $2,000 prize and title, according to local station FOX26.

The hundreds of tacos looked good before the competition, but lost their luster during. Keep in mind it was over 100 degrees outside that day and the tacos had a kick to them.

Chestnut says, with hot dogs, he can practice with the same meat and build a tolerance.

But that's not the case with tacos.

He says next year he'll have a better idea of what they're going to taste like.

More from AOL.com:
Guy carrying a peacock on the subway and no one paying attention is peak NYC
Daughter stunned after seeing long-dead mother watering plants on Google Street View
Woman calls 911 after boa constrictor wraps around her head, bites her nose: 'There's blood everywhere'