Couple sees their stolen items being sold on Facebook, tracks down suspects video 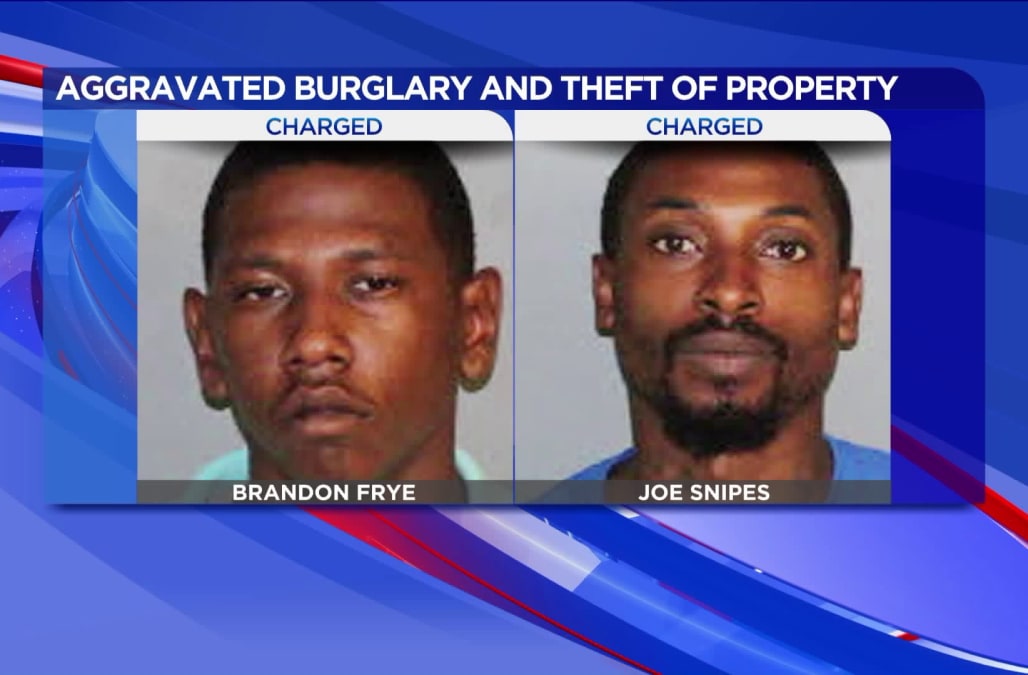 MEMPHIS, Tennessee (WREG) -- Two men are in custody after police say they burglarized a home near Shelby Farms and were tracked down by the people whom they stole from.

Joe Snipes, 25, and Brandon Frye, 21, are both charged with aggravated burglary and theft after police say they posted stolen items on social media.

The couple who was targeted said their apartment wasn't the way they left it when they came back from shopping on Saturday.

"I was first to walk up to the house and I noticed the door was open, and we always lock our door everywhere," said one victim who only wants to go by "Kris."

She said their big-screen television, laptops and more were all gone and their apartment left a mess.

"[We] came out and were just completely in awe," she said. "It's not something we expected to happen to us, but it did happen."

They called police and say they were at least thankful they weren't home with their young kids when the burglars hit.

Ran said they never thought they'd see their items again, until he was scrolling through the marketplace on Facebook.

"The picture was the TV," he said. "It had my Xbox hooked up to it and when you sign into Xbox, you have to use your username; my username was still on the screen."

Shocked at the carelessness of the suspects, they decided to take matters into their own hands.

One of the victims said he recognized his TV because the photo the suspects posted included his Xbox username on the screen.

"At that point, I was like, 'I'm just going to send him a message and see if I can get an address or something,'" said Kris.

She said the person told her he'd sell the TV for twice its worth, so they called the detectives on the case and agreed to meet the suspects at the Walmart fuel station on Raleigh LaGrange.

Kris said the suspects told her they were parked at a specific pump and gave the car details, and then she gave the cue to police.

"At that point, they immediately came in and did an arrest right on the spot," she said.

The couple hopes they can recover the rest of their stolen items soon.