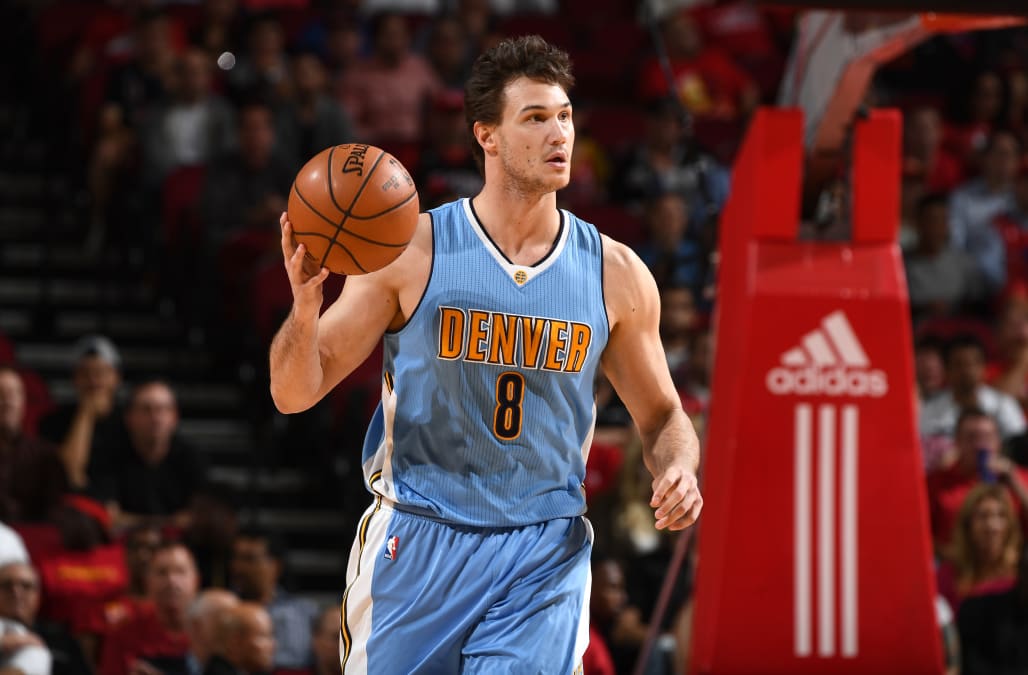 Danilo Gallinari's tenure with the Los Angeles Clippers is off to an inauspicious start.

The forward averaged 18.2 points per game for the Denver Nuggets last season, helping to bring them within one win of a playoff spot. The Clippers rewarded Gallinari with a three-year contract worth $65 million, with a plan to use him as a secondary scorer behind superstar Blake Griffin.

But less than a month after the sign-and-trade was completed, Gallinari is in the news again — and this time, it's for the wrong reasons. Representing his native Italy in an overseas exhibition, the 28-year-old got caught up in the heat of the moment and punched opponent Jito Kok in the face, breaking his own hand in the process.

Here is the fight:

Gallinari was reportedly taken to the hospital after the incident, though no surgery will be necessary, according to ESPN's Adrian Wojnarowski. He will need to rest his thumb for a month but is expected to be ready for the Clippers' training camp in September.

Kok, a Dutch 23 year old who plays for the club Rapla KK in Estonia, responded to the incident. Using the username Joopooj and providing a photo in hopes of verifying his identity, he commented on a video of the scuffle on Reddit.

"That's me getting hit right there," he wrote. "By the way there was no build up either, I do think I hit him on that box out tho. He wasn't too happy with that."

This isn't the first time the Clippers have been blindsided by an injury after one of their prominent players decided to take a swing at someone. Griffin was sidelined for more than a month in 2016 after an altercation with one of the team's equipment managers.

Gallinari has not played in more than 63 games in a season in the last four years.