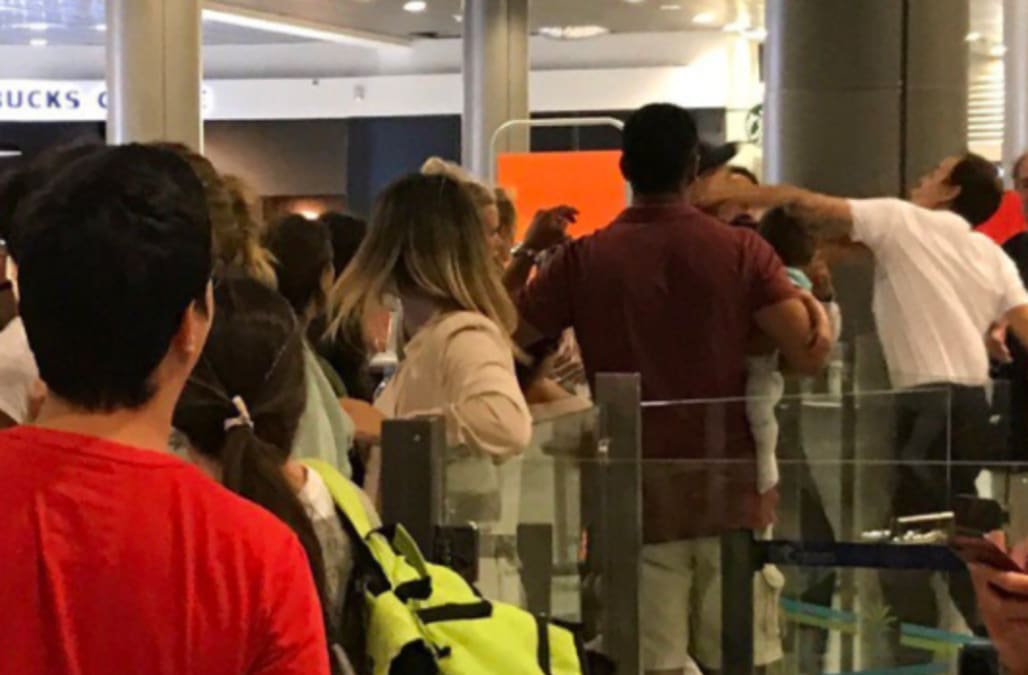 A passenger flying on EasyJet in France apparently didn't have it so easy.

This photo on Twitter appears to show the man getting punched while he is holding a baby. The picture was reportedly posted by another passenger waiting in line.

According to Daily Mail Online, the guy throwing the punch works at Nice Airport in France where this reportedly happened. Passengers say they waited 12 hours to board the plane heading to London.

Arabella Arkwright -- who captured the punch -- wrote in a letter to EasyJet's CEO, "In short, the whole saga was a disgrace; the problem is a management one and, yes, that is YOUR responsibility. It makes Ryan Air's customer service look fit for Royalty."

On Twitter, EasyJet claims the worker is not employed by airline and an investigation is underway.