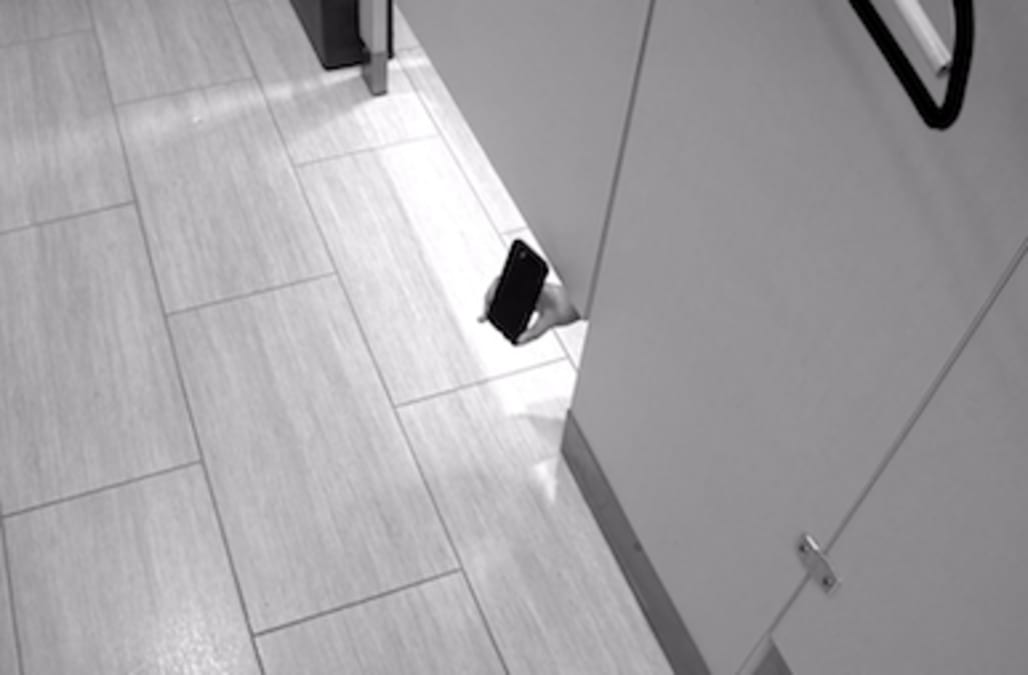 SAN DIEGO (KSWB) -- A woman said she had a scare at a local mall when she caught someone trying to take images of her as she was changing in the dressing room.

Shelbianne Evans told FOX 5 the incident took place Thursday around 2 p.m. at the Macy's in the Grossmont Center.

"I had gone there to get this fragrance that I really wanted and I did that and I saw the clothes and I was like, 'oh, I might as well. I just got paid today,'" Evans said.

She said she tried on a few things and FaceTimed her family to get their opinion on the outfits. After she got off the phone and started to undress, something caught the corner of her eye.

She said the phone quickly disappeared.

"I just felt really overwhelmed. I was like, 'oh my gosh, is this really happening to me right now?' I just had to take a deep breath," Evans said.

As soon as she got dressed, she said she immediately told employees what happened.

"They were genuinely concerned. They were just like, 'oh my gosh, that's crazy,'" Evans said.

Macy's condemns this type of improper behavior. The safety of our customers and associates is our top priority. As this is a police matter, we are cooperating fully with law enforcement as they conduct their investigation.

Evans said she did not have much of a description to give police other than the person had black pants on and was holding a black iPhone with a black case.